As a professional with more than twenty years of experience, Yaryna specializes in Communications Strategies and Communications in Crisis, has much experience working with enterprises’ executives and holding media training courses. Most of her career she has been managing communications departments of large international companies, such as Microsoft Ukraine, Group DF, UMC (nowadays – МТS Ukraine) and Metro Cash & Carry Ukraine. In the course of twelve months she had worked at Benjamin Group / BSMG Worldwide (currently – Weber Shandwick), a leading PR-agency in the Silicon Valley, the USA. In 2014 Yaryna contributed to the establishment and launch of the Ukrainian Crisis Media Centre. She has also acted as a consulting specialist, counseling dozens of companies’ executives as well as high-powered officials. For instance, she acted as an adviser to Aivaras Abromavicius, Minister of Economic Development and Trade of Ukraine.

Yaryna obtained her Master’s degree in Culture Studies at the National University “Kyiv-Mohyla Academy” and Master’s degree in Communications at San José State University (the USA). As one of the founders of UAPR (Ukrainian Association of Public Relations), during 2007-2008 she held the office of the chair of its management board. In 2011 the Media Marketing Review journal named her among top ten PR-directors in Ukraine. Since 2001 Yaryna has been reading Communications to PR specialists and top persons. 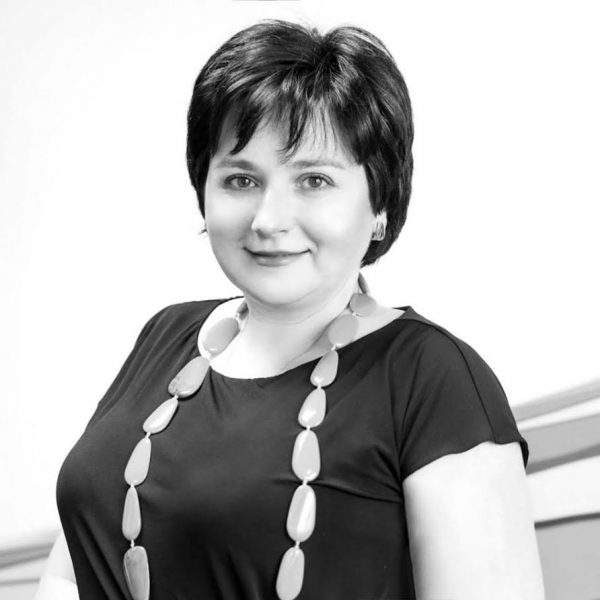