Corporate sanctions in the context of the Russian invasion of Ukraine

«In normal life, I am a vice-rector for the strategic development of the best Ukrainian private nonprofit University and founding dean of UCU Business School. Right now, I am one of 4 million Ukrainians who left Ukraine because of bomb shelling and war, which russia started on February 24th.», – mentioned Sophia Opatska, during the discussion at Copenhagen Business School. 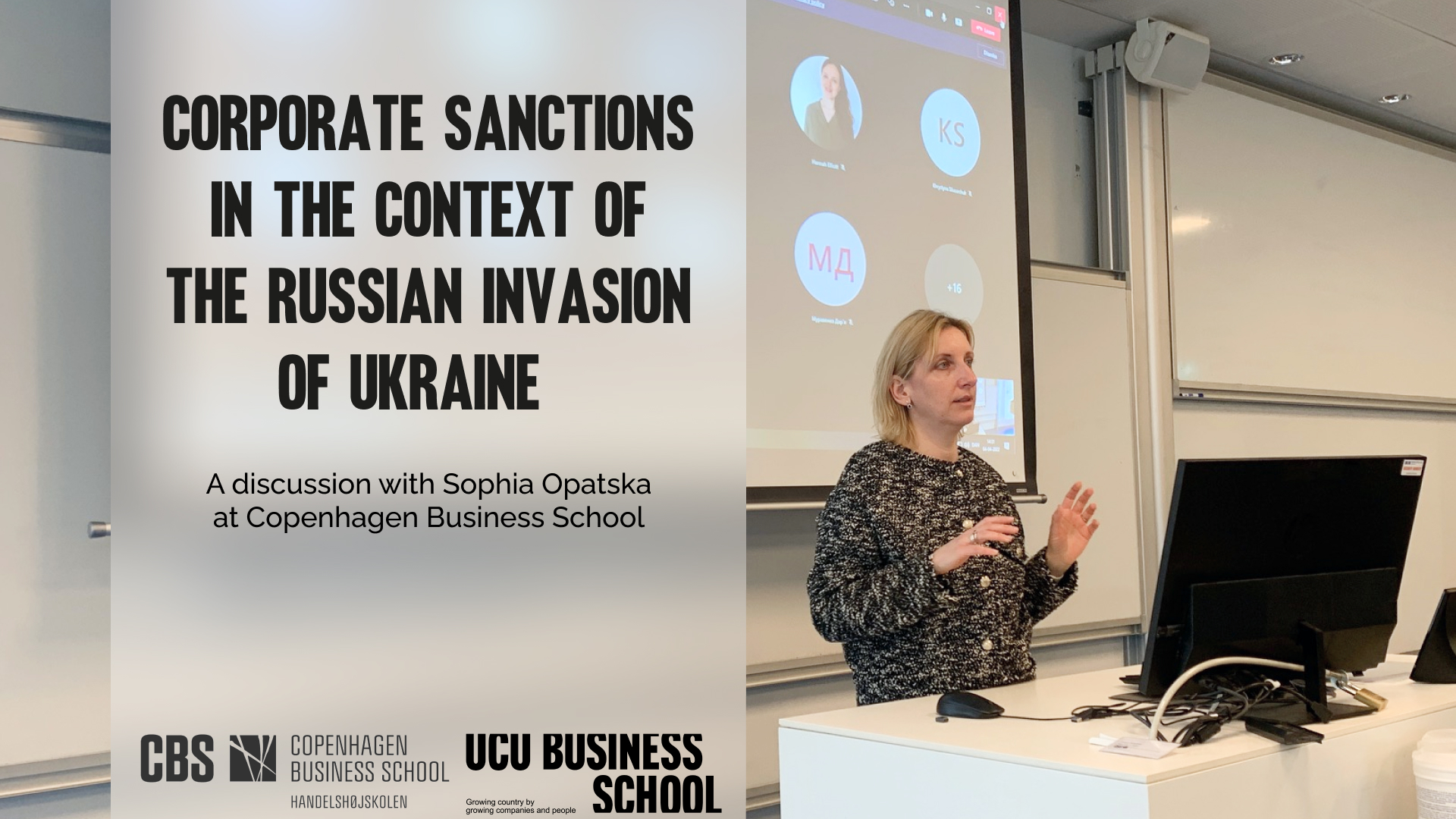 What happens in Ukraine right now is devastating. Every day more and more people die, more and more cities are ruined. Over the weekend, the Kyiv region was liberated after a month of occupation. Pictures of Bucha (a beautiful small town near Kyiv) can make any normal person sick: mass executions, civilians being killed on the streets, lying there for days and weeks, half-burned bodies of raped and naked women, robbed houses.  Those pictures are telling the terrible truth about russia, russians, and their war in Ukraine. There is no excuse for terrorism and what we live through and observed by the whole civilized World – is terrorism and genocide.

Since this meeting and discussion is about business and economics, there should be numbers. So I will try to get into them, but no numbers can validate what Ukrainians saw in their cities after russian invaders left them.

According to various estimates, our economy is ruined by between 500 billion and trillions of dollars. In 5 weeks. And it will take years and years to rebuild Ukraine.

I think this is the first time in history when war is so connected to economics.

Unfortunately, Russia’s domestic political stability at the moment looks high. Protest sentiments in Russia are low, there has been no significant split between elites, and the loyalty of the security forces to Putin is not yet in question.

There is little dissatisfaction with the consequences of the war among a small number of elites, mostly «technocrats» and «old officials». Young people under the age of 30 and the urban middle class are the most affected by the current situation and sanctions out of the population capable of protest.

There are two types of sanctions – official sanctions of countries and private companies.

The G7 and the EU have decided to disconnect several Russian banks from the SWIFT system. The disconnection of banks from SWIFT does not limit their ability to make payments in foreign currency, but slows down payments and makes them more expensive. 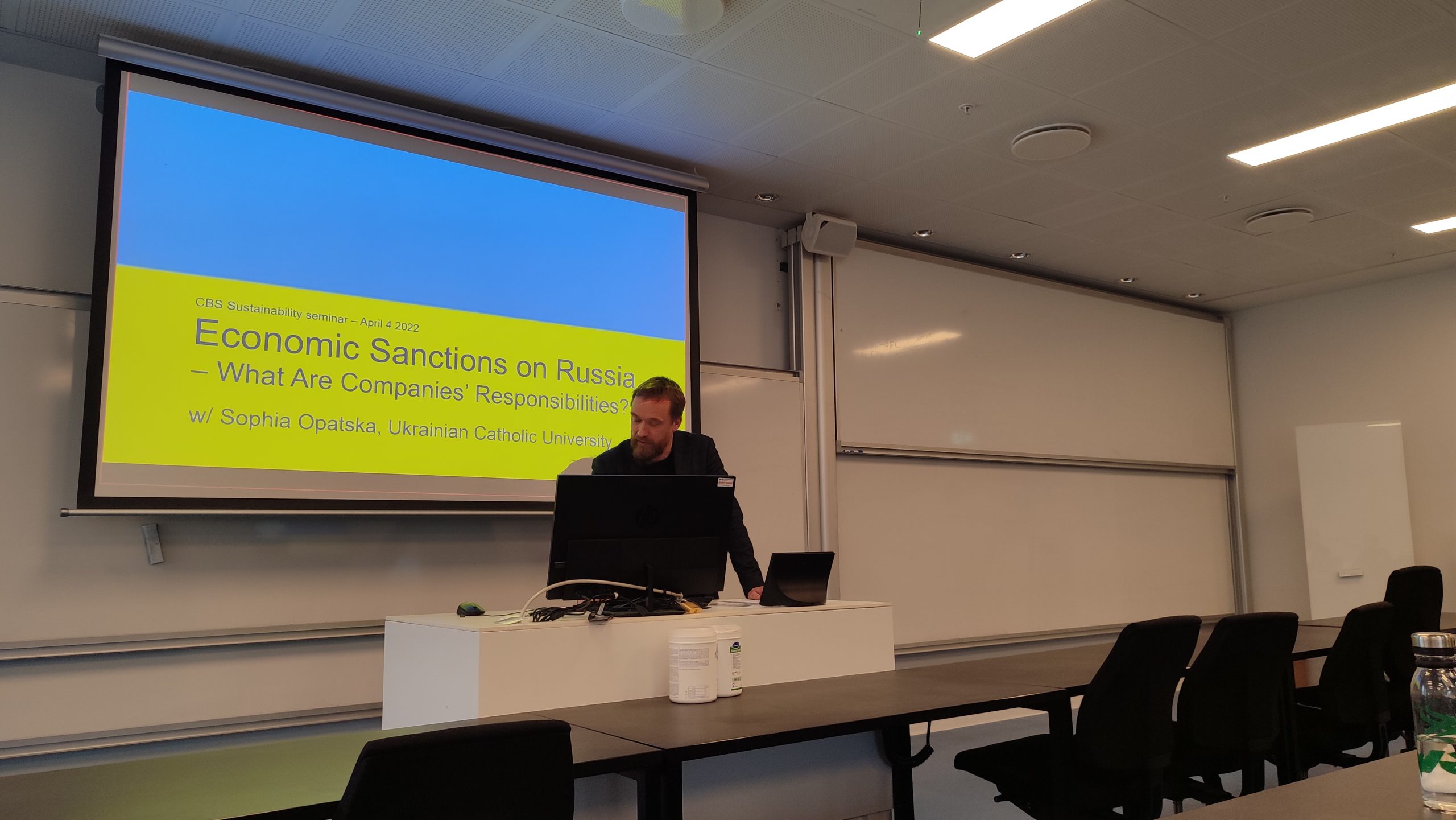 It is important to note that the problems of banking transactions are rather temporary. At the moment, this leads to supply disruptions and rising costs, but over time, both importers and banks are adapting. Alternative and fast methods of payment through third countries or analogs of the SWIFT system will be created (for example, Russian SPFP and Chinese CIPS).

And if we are talking about the economics, let me give you 10 consequences of sanctions in the near future (1-6 months, key – 2nd quarter of 2022) for Russia in order to understand if and how they help Ukraine, mostly leading to changes within russia itself. As a basis, I took a report from the Ukrainian Institute of the Future that analyses the impact of the sanctions.

According to FourKites, since the beginning of the war, imports to Russia have fallen by 59%, including imports of household goods and industrial goods.

First, the rise in prices will affect the «middle-class urban family», which has a high share of imported products in the consumer basket. Due to sanctions and inflation, the consumer line is expected to change in the long run, namely simplification, fewer high-tech products, and an increase in the share of Chinese and Indian goods (medicines, gadgets, cars, etc.).

In villages with conventionally grown potatoes, locally produced pasta, oil, and sugar, it may be a little easier at first. However, with a certain time lag, prices will rise for everything, including domestic products. And for low-income people, whose consumer basket consists mainly of food and medicine, the consequences will be the most traumatic.

Inflation is hitting the poorest. But the poor are not a protest power. The likelihood that they will join the protest audience remains low. It is most likely that 70-80% of the population will suffer, trying to «squeeze» something out of the state and thus become even more dependent on the state.

If the shutdowns take place, it will have a multiplier effect on the economy. And this can be disruptive. e.g., The Russian car industry employs about 300 thousand people, and another 700-900 thousand are employed in Russian companies that are suppliers to the car industry.

What is critical here is that companies are leaving with their own technologies, including offshore drilling technologies for gas production, which Russia needs to develop new fields.

Russia’s economy is going down. Experts talk about the beginning of the economic winter in Russia, use the term “Iranisation” of the Russian economy, and draw parallels between Russia and North Korea.

Current sanctions have critical consequences in terms of living standards and quality of life in Russia over the next 10 years. Lack of prospects, opportunities to realize their life potential, the need to survive instead of making plans for the future and development – all this calls into question the feasibility of life in Russia on the horizon of 5-10-20 years and makes the issue of emigration more relevant than ever. Summing up in one sentence, we can say that «Vladimir Putin stole the future from the Russians.» At the same time, the basis of internal stability in Russia is Putin’s personal image and absolute trust in him PERSONALLY by the population, not the government, parliament, or government as a whole. It holds an elite consensus, as well as a social contract in Russia, which he himself guarantees and embodies. 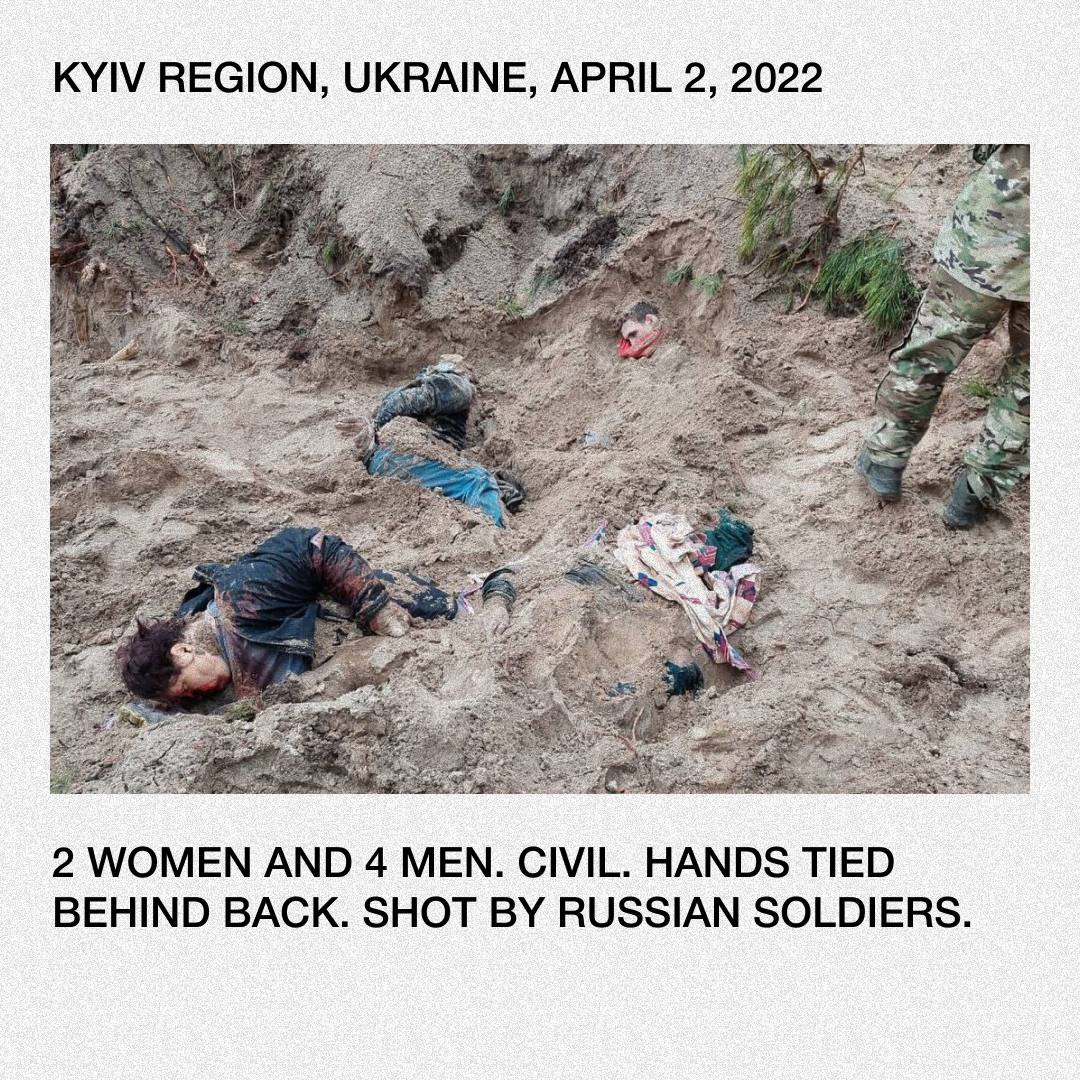 I would like to finish again with images of BUCHA – a beautiful town near Kyiv that made me sick on Saturday evening and the entire day yesterday. People’s lives cannot wait for another 10 years so that the current status of sanctions works slowly and mildly on society which Putin created in russia and people accepted by voting for him for 22 years and western society inviting him every time to the table. There is a huge moral dilemma in what we currently experience, there is a huge challenge to democratic order with respect to Human dignity, freedom of speech, and free society which Europe was building for many years.

There are many concerns: what if the situation engages more countries, what if we give more military weapons to Ukraine, what if… many more what if? but I would like you to ask yourself – What if Ukraine loses?  Everybody in the free world will lose, as when they come here they will do the same as they did in BUCHA.