«Nowadays, Ukrainians face many challenges, one of which is people migration. More than 15 million people were forced to leave their homes due to the war, 8 million of which moved within the country and nearly 7 million have left abroad»,  – comments Yaryna Boychuk, the CEO o UCU Business School during our discussion on the topic of migration. A lot of people have left their homes and a lot of them are not coming back, and this is just one part of the issue of migration topic. 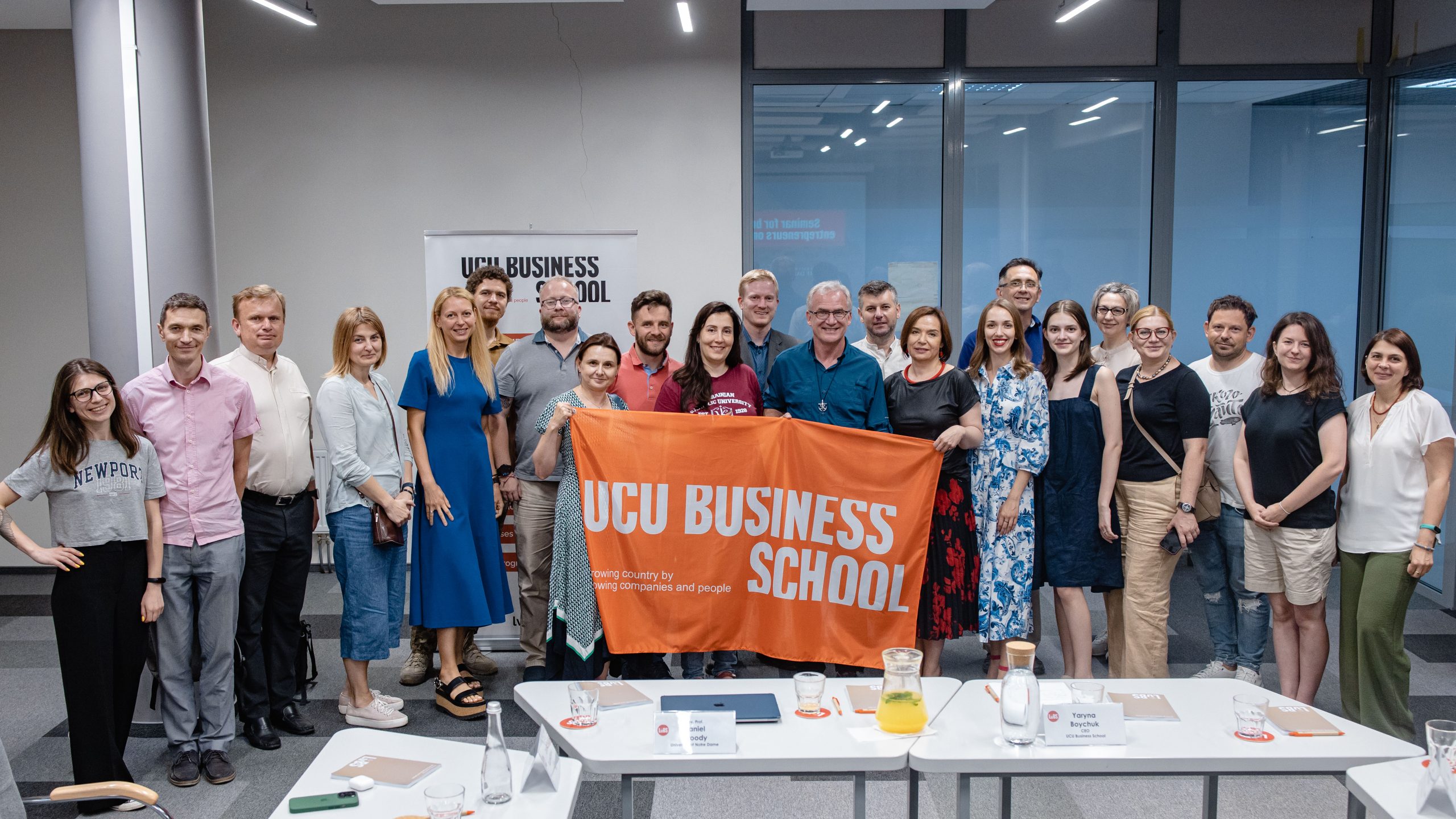 This time our guest was Father Daniel G. Groody, the vice president, and associate provost for undergraduate affairs at the University of Notre Dame. During his visit to Ukrainian Catholic University, we had a chance to talk about another way of looking at this issue with the LvBS Alumni community. In this article, we will highlight the main points of the meeting.

Where does migration beginning take place?

In 2000 there was a press conference in Washington on the front lawn of the White House. They announced that Francis Collins and his team of scientists had deciphered the human DNA sequence and had come up with a genetic map that looked at all human genomes. They were able to solve this sequence, and they were able to say that this is the map that holds the genetic code to our kind of core story. So if we look at indigenous communities around the world and compare specific markers on the DNA and DNA sequence and compare it with other features, we can trace back our migration heritage to 80,000 years. And I think one of the things it reveals is that migration is in our genes.

Some economic migrants are leaving their home countries looking for work. Displaced people, like those in Ukraine, are forced out because of war or persecution. There are victims of human trafficking that people prey on their vulnerability for profit. And asylum seekers escaped to other countries and tried to find protection. 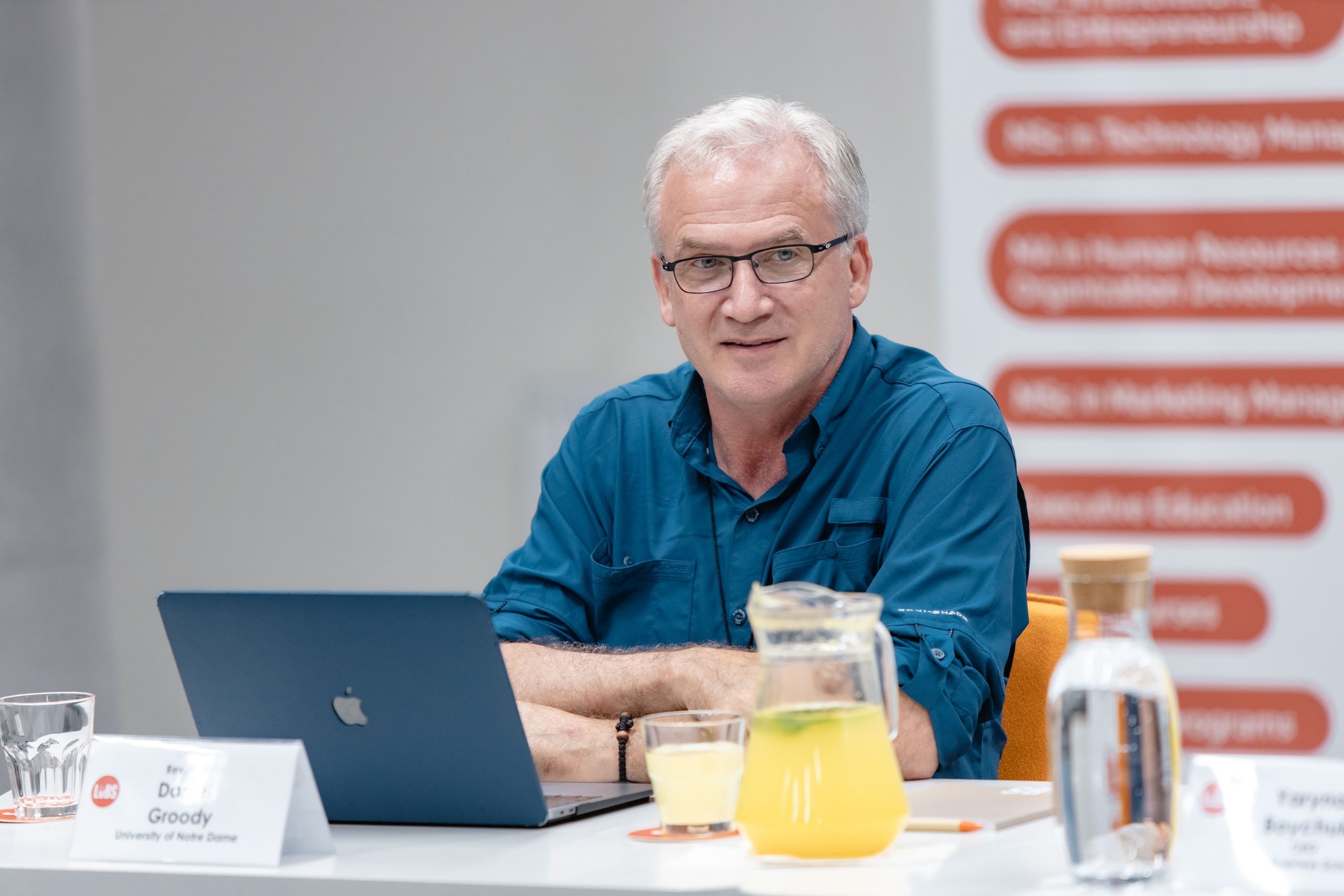 What is happening with migration in the rest of the world today?

Some say that the age of migration is the defining issue of our times because it’s really shaped and affects every culture around the world today. Right now, there are more international migrants than ever before. Not every one of these is vulnerable. Not every one of these is fleeing war. But more people live away from where they were born than at any point in history. Right now, there are 281 million international migrants around the world. And that means that one out of every 35 people worldwide is a migrant. But even more troubling is that there are 90 million refugees. That’s more than during World War Two.

And so the Ukrainians right now add to that number. They’re not just economic migrants looking for a job in Poland or overseas. They’re people who are forced to leave because their lives are at risk. That’s technically what a refugee is. There are also internally displaced people who are as vulnerable as refugees but live within the borders of their home country. If refugees were settled in one particular place, they would be the 21st largest country in the world. That’s how many people are migrating today. And they’d be growing at 38,000 people a day, or 24 people per minute.

Around the world, we get caught in binaries of illegal citizens and foreigners. Either they’re from here, or they’re from there, either they’re one of us, or they’re different. And it’s not helping us at all. These dualistic categories keep us from being humans and actually being understanding and compassionate the way it needs to be. 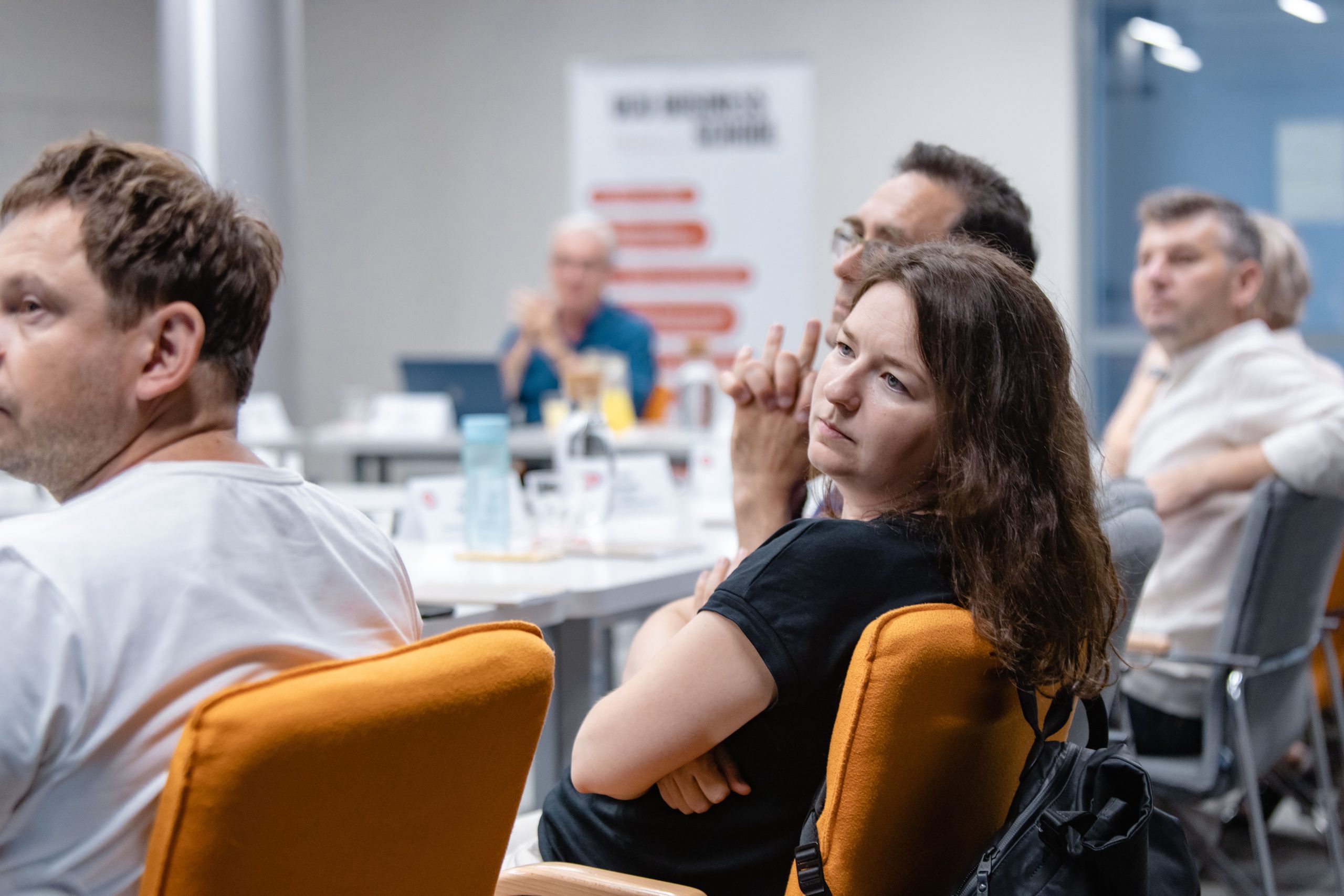 How does each group of our society understand this issue of migration?

This is coming from my research, but maybe this will speak to what’s happening to you. There are some connections to what generations have experienced regarding attitudes and mindsets. 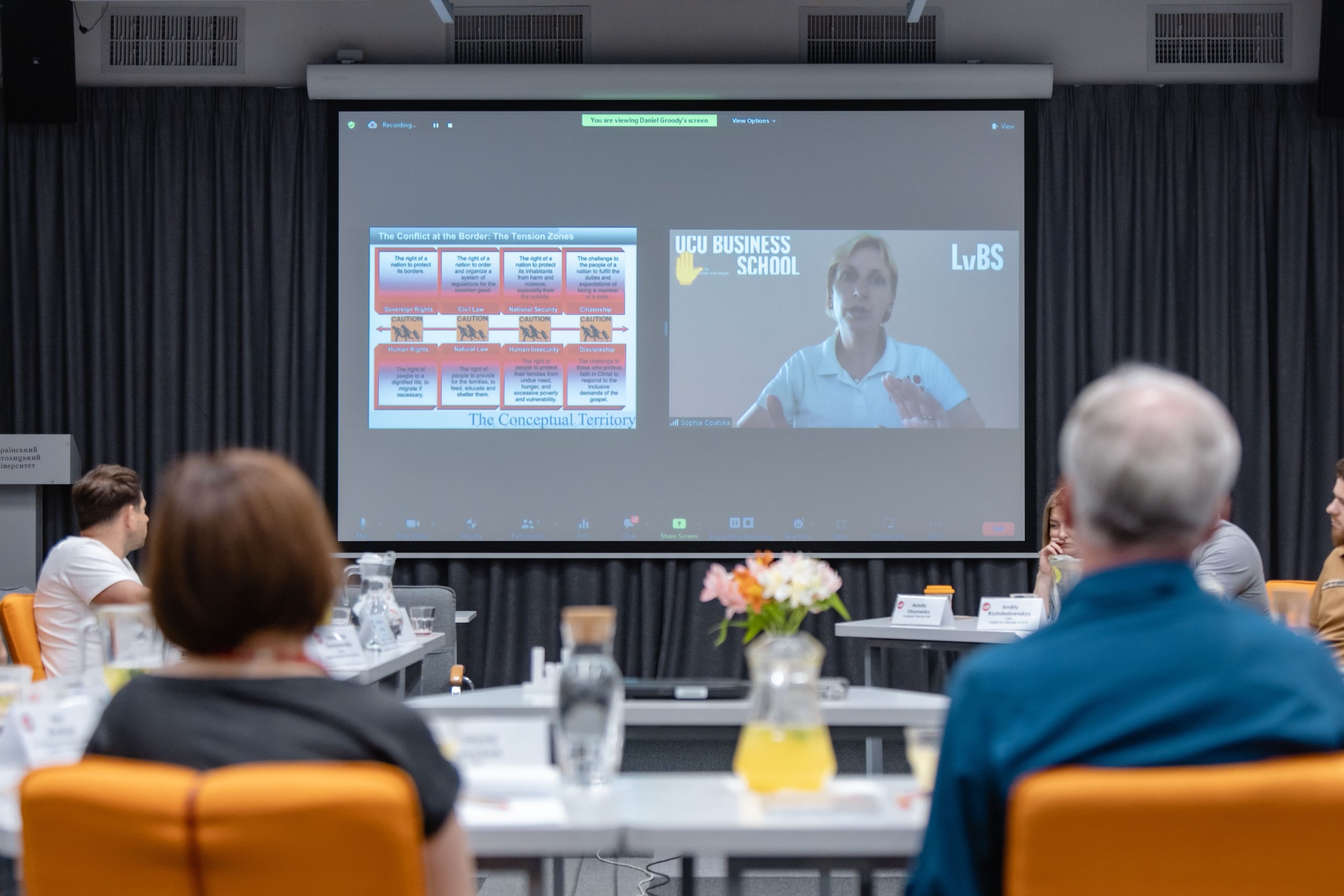 Maybe, for us, not as human beings, but as a part of biological life, it is natural to secure the borders. If that’s the case, what can we do about it?

It brings out the best and the worst in us. And because I think there’s incredible generosity, even listen to the stories of the students, and even some people working in businesses, humanitarian warehouse in town, who mobilized. They said that this crisis is calling them to something bigger. It’s calling out people to the best part of who they are. But there’s something to be said about protecting borders, and even Catholic Social Teaching does not advocate for completely open borders. There’s a value in protecting boundaries and securing borders. But it also needs to be looked at with more considerable international solidarity.

It’s not enough to say, you people who are poor need to keep out because this is ours. That’s not enough. Here in Ukraine, it’s a different situation. Because you’re having a clear violation of borders and unjust destruction of boundaries, that’s protecting something meaningful, whether it be your culture, people, or livelihood. And therefore, it’s a different situation. And I think you folks are responding to that in ways that even my own country is done. Because we know that the odds and the resources are difficult to overcome in terms of who you’re fighting against. But there’s a determination in the spirit that says. We’re not going to let this violation happen. That’s been inspiring us. 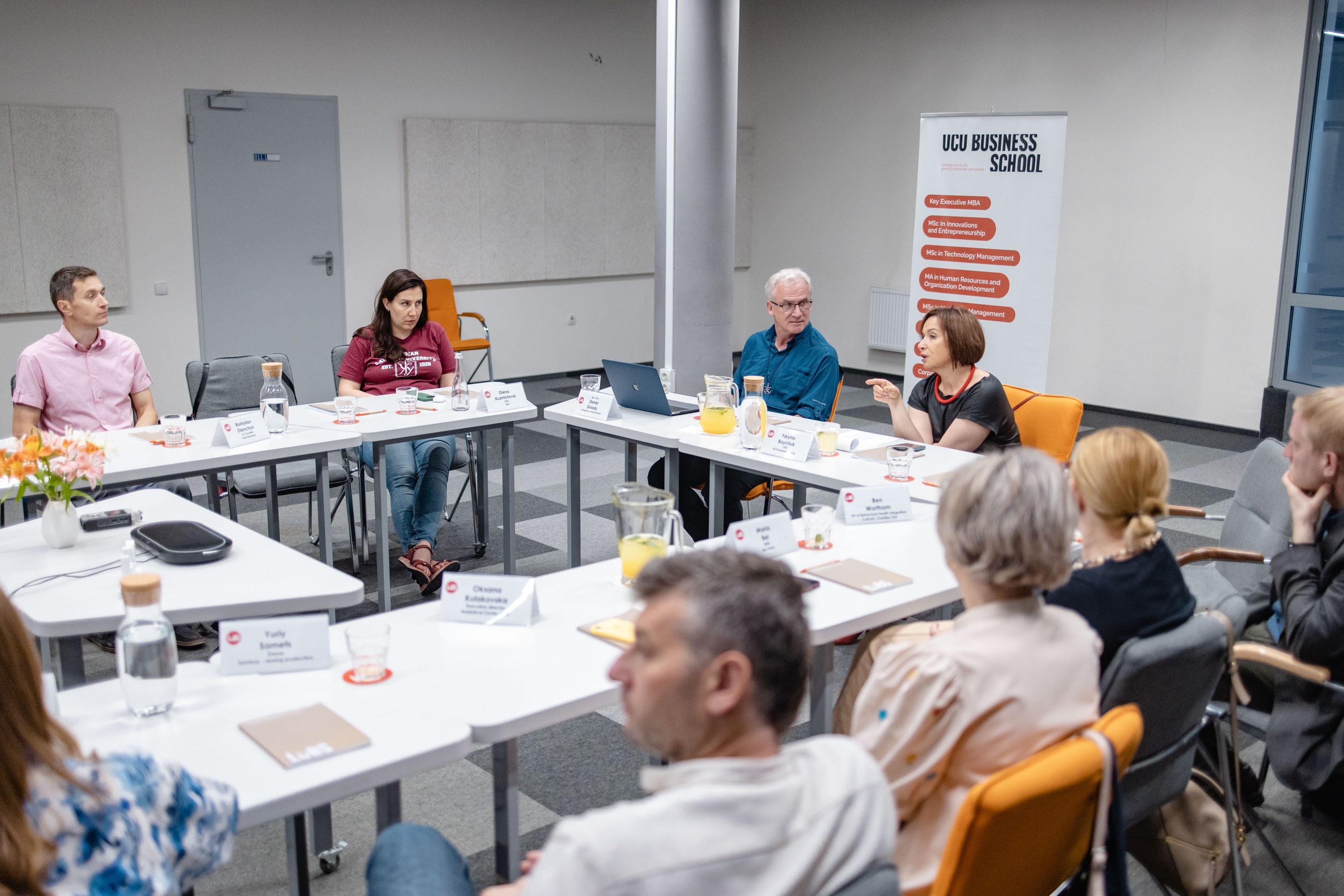 What should we do about it?

Ultimately, you want to build a place where people can create a living and be safe – a place where they can raise families and become agents of their destiny. And when those things are threatened, it’s hard to do so. So I think that would be the goal to create a Ukraine that attracts people to come back.

There’s a lot here that we’ve been very struck by: the community, the connections, rich culture, and the spirituality. And I think that never leaves you as a migrant. Even, you know, even if you live in a different place, there’s always a place you want to call home. And it’s hard to leave it. But I think there’s a tension within us. There is a desire to move, explore, create, discover new territories, and expand our horizons. But there’s also a need to return to a place that’s home and feels like we belong. And without that, we don’t flourish as human beings.

Father Dan Groody is an associate professor of theology and global affairs, the vice president, and associate provost for undergraduate affairs at the University of Notre Dame. 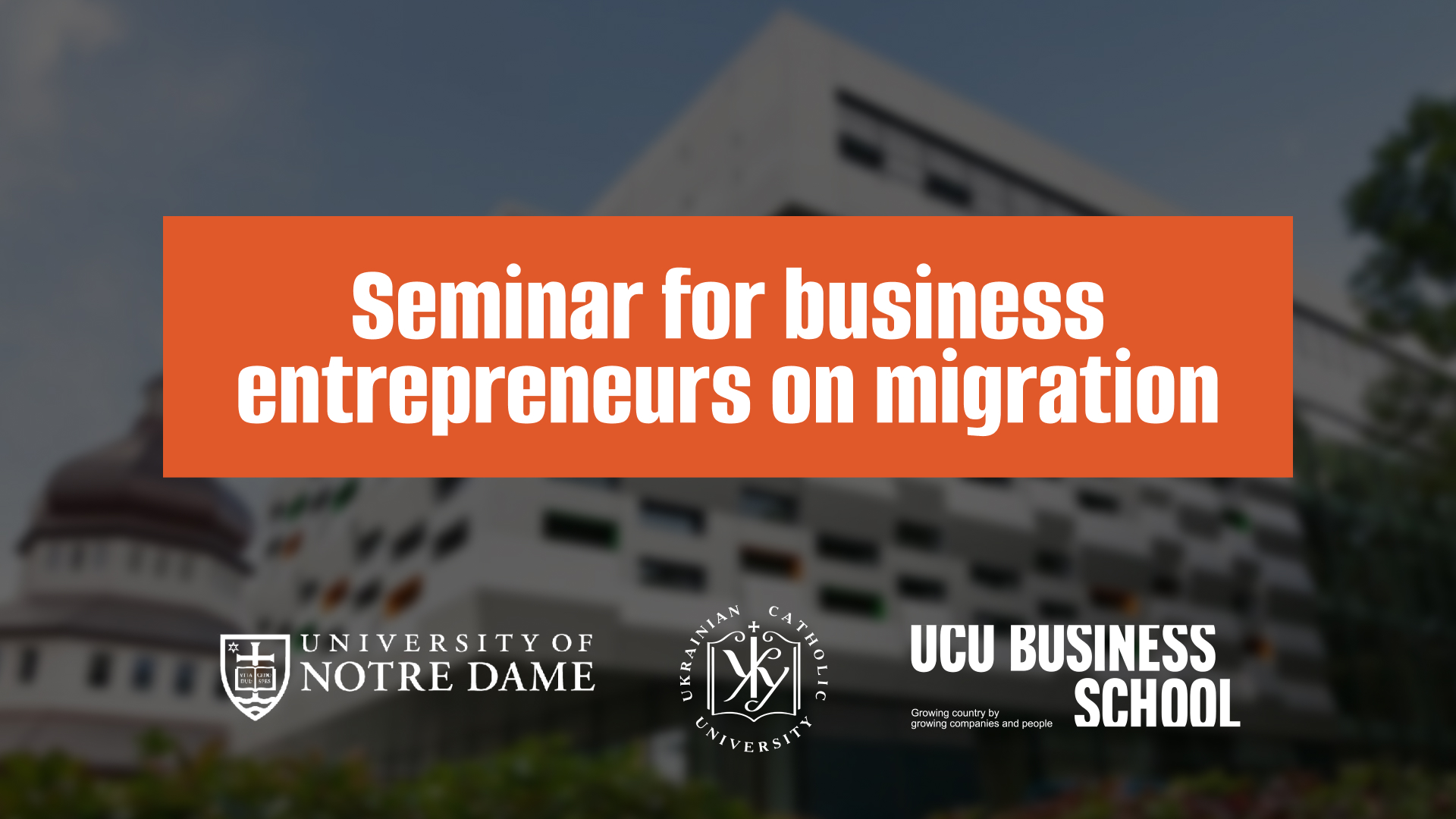