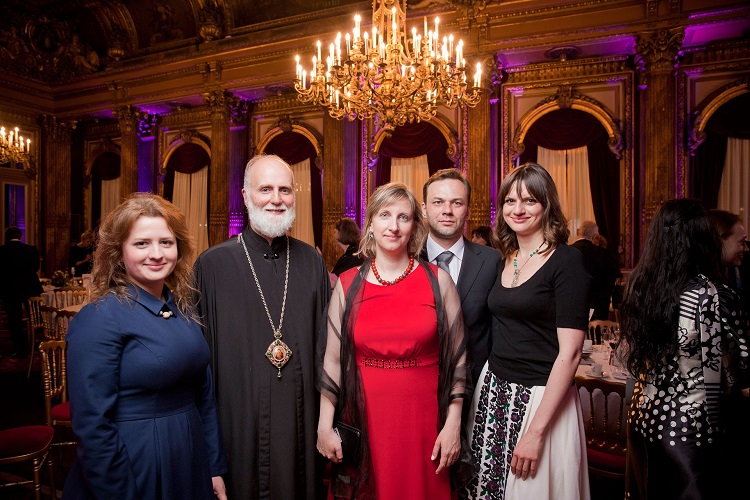 It was the first opportunity for the French people to support the University and its students, and also to find out more about political and cultural developments in Ukraine. The auctioned items included works by Mariia Styranka, Anna Kanter, Bohdan Soroka, Oleh Denysenko, Yevhen Ravskyi, Albina Yaloza, a shirt designed by Oksana Karavanska, a necklace designed by Roksoliana Shymchuk, and icons from Radruzh icon-painting school.

“We are grateful for supporting the students of Ukrainian Catholic University who represent a new generation for a renewed Ukraine, and who, at the same time, are destined to fight for the consolidation of our joint European identity. They are struggling for the dignity of all people, of all the Europeans” said Borys Gudziak, President of the Ukrainian Catholic University, Bishop of the Paris Eparchy of Ukrainian Greek-Catholic Church.