Eugeniy Utkin: Learn how to set the overarching goals

«I like to open the doors, the new opportunities for others — relatives, friends, strangers. And I don’t mean only the financial investments. Do something thanks to what people see where they should go further, how to improve, it seems to me the most interesting thing that can be invented in life. And it is about any sphere: culture, business, human relationships». 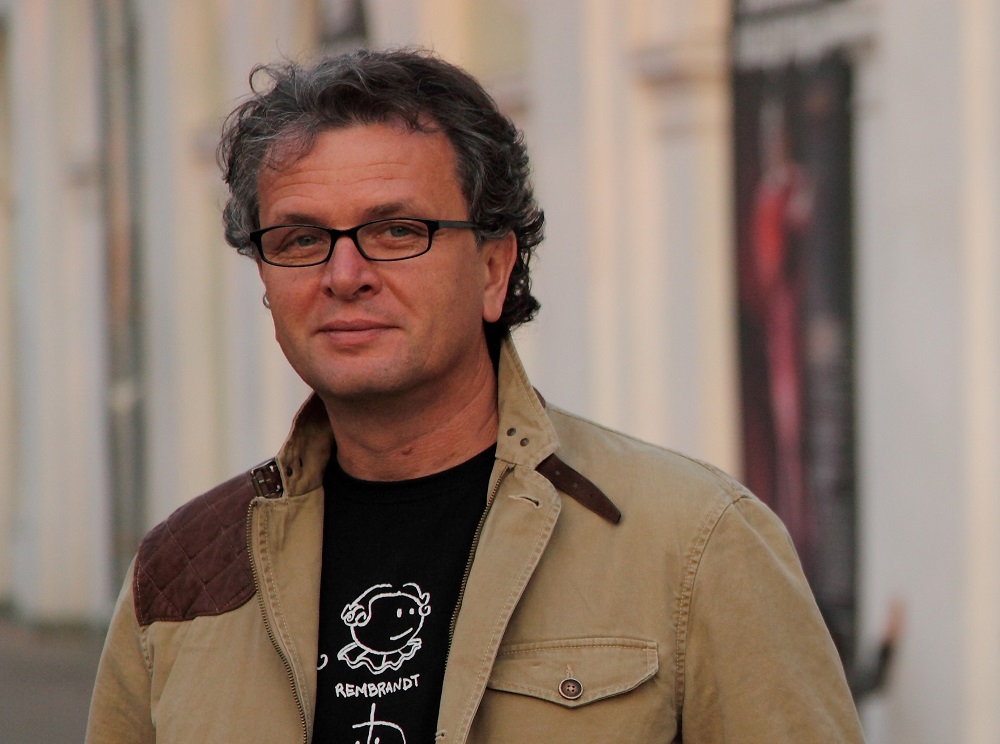 Eugeniy Utkin. Russian, the family of who comes from Kuban. He lost the successful company in Russia because of his active position of Ukrainian citizen. He is the sponsor of the projects such as Koktebel Jazz Festival, GogolFest, Master Klass space, investor of a big number of technological projects and development funds. Entrepreneur, who has been living in Kyiv for 35 years, and his faith in this city (as in one of the world capitals of the future!) is really amazing. We gathered together to talk about where the planet is heading and what the role of our country in the global world is.

«I am certain that Kyiv is the super cool place in this world, this is not only the capital of Ukraine. It has all chances to become one of the world capitals — cultural, technological, conceptual. If to say globally, then there will be conglomerates and population centers in the future, something that is called the cities of the future. But also, there will definitely be the compensators in the form of places in our planets where everything will be the same as thousand, ten thousand years ago. Because a human is always a Yin-Yang, the search for the balance between two extremes.»

About creating on the intersections and changes of the business-models. «Nowadays, everything is appearing on the intersection. We live in interesting, absolutely revolutionary time. We can calmly imagine that cars will be without drivers, and drones will be a normal way to transfer the cargos. Robots will be more and more included in our lives. If there were the technological breakthroughs 30-40 years ago, then now there are the breakthroughs in approaches, changes in business-models. Technologies have also become more available, more user-friendly.

Millenials were born with the smartphones in their hands. They live in the virtual reality for 6-8 hours a day. And you need to understand that revolutionary changes have two sides. Let’s say, I am concerned with the fact that starting from the politics and ending with the ordinary people, sometimes the most important thing for them is to make a post on Facebook. As a matter of fact, some people think that they did everything in life, when they made a beautiful post. The development of the technologies has the negative side effects but it’s impossible to stop scientific and technological progress.»

About «new money», individual approaches and the most interesting development trends. The experts that work with the new finances, fintech, make a prediction that cryptocurrency will be prevalent around the world in five years. This makes sense. At first, money was in the form of the broken pieces of pottery, then coins, papers, and now — cryptocurrency.

Let’s say, Ethereum and others are the forerunners of what will be the main, because there are some technological limitations in todays ones. But will the paper money disappear? I don’t think so. One doesn’t contradict another.

The most interesting trend which I see nowadays is that everything will become more individual. For instance, precision medicine. Neither technologies nor humanity were ready for this before. And if you were treated for some illness, then it impacted all the body. Now, there are nanocarriers who have the ability to transfer the medicament directly to the point of affection.

Another example, agricultural industry. It is also becoming more precise. And this is something that Ukraine should develop. This sphere might be very effective thanks to the technologies. Humanity learnt how to grow a lot, preserve for a long time, but also, it should be tasty and healthy for the body. New industry, which is appearing exactly on the intersection is the medical food. You eat tasty healthy food which has curative properties. Nowadays, there are already more than 800 millions of hungry people on the planet. There will be one more billion of population till the end of 2030. And they will have no food if we don’t change the approaches. It is very important for our planet to be able to feed everyone.

About the things that should be changed in Ukraine in the first place. In my opinion, all technologies and industrial development are good but we won’t survive without Culture (exactly with a capital letter), without spirituality, without humanities knowledges. Nowadays, forms often wrench the essence. For example, such simple things as love, friendship, human relationships. There is a challenge for humanity because due to the development of technologies, a great number of labor force is disengaged, unemployment is becoming more widespread.

Automatization, robotization. Something that is called creative economy is becoming increasingly important. And if the humankind isn’t starving it will head over to the next level of «Maslow’s pyramid». There will be more and more creativity. But how will it look like and where will all this go? Or into a whole trash or into something brand new. 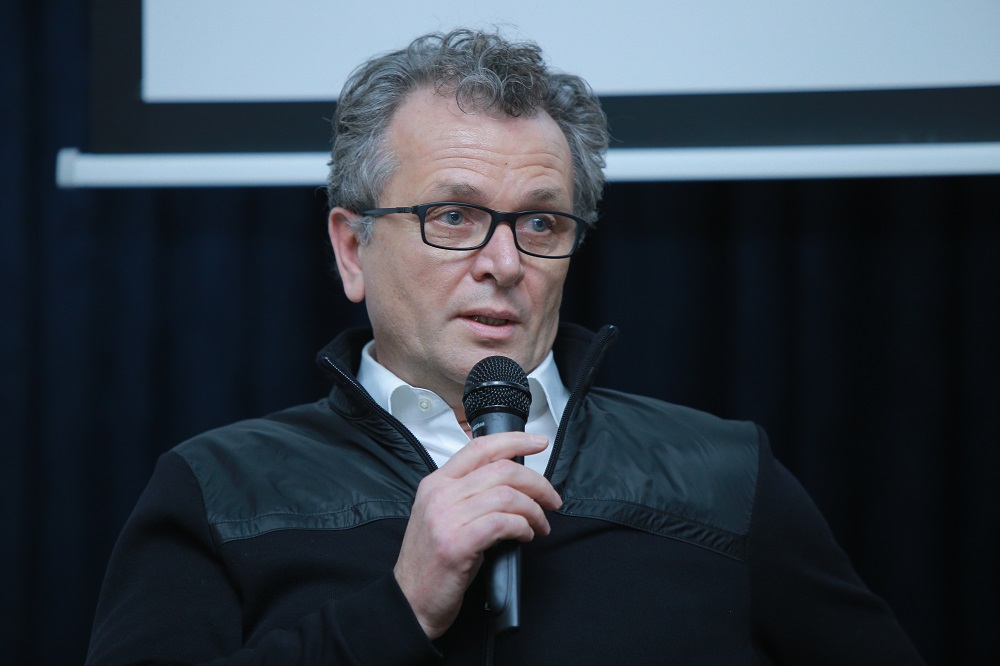 I don’t look for the new senses. I think that they have always been and they always are universal. It’s just that they are often lost behind the technologies, pop-culture. Though, fortunately, there were people that specified the direction of the development in earlier times. I hope that there will be such people in the future too. They are some kind of visionaries, lighthouses, compasses, but not the GPS navigators. I’ll explain what’s the difference. Technologies bear GPS navigators and you go as you are led to go. And compass only shows the direction. I am against the GPS navigators, I don’t want to be led by anyone, because freedom is my main value. But there should be compasses, lighthouses, otherwise humanity will come to self-destruction as the speed of our life is very high. People experience much more in one minute then they did before. And if you don’t have a compass, then all that informational spam can lead you to schizophrenia…

About the importance of culture, humanities knowledges and universal senses. In Ukraine, new models are appearing and changes are happening nowadays, which are significant for all mankind. But our society has the unresolved conflict after the first and the second Maidans, because we haven’t come to a result.

And this stalling somehow, doesn’t motivate people to change. We need to realize why this happens and understand that we are responsible not only for ourselves but for the world in general.

We don’t know how to set high standards for ourselves and, as a result, we have the feeling of inferiority. All the same, we need to set high standards because the world is global. And if you just want to build a small beautiful village and live well there, then this is not a long-term story. This will come to an end someday. To talk about the need to think globally — this is what is absolutely right. You need to set overarching goals. The world is global, without any hierarchy. This is the first, and to my mind, main thing that we all should realize.

I have been observing the potential here for 27 years, and also the pleasant talks about it. But there should be actions after talks. Self-improvement in the form of learning is good, but you face the inability to unlock your potential here. Millions of people have left the country exactly because of this reason. And from here comes the tragedy of our modern life.

Also, we are surely not the champions in the matter of partnership. Partnership is when you often give more than you receive or do something without expecting anything instead. Or when you lean on those strong traits of the character of a partner which you don’t have. We need more examples of the long-term partnership in life and in business. We need to create places where people can improve. We have the good bright examples, and it’s necessary that people know about them.

It’s necessary not to follow the trends but to form them. We need to learn how to show love and not that horror that is often broadcast in the mass media.

To sum up, I will say, firstly: let’s dream, make the impossible possible. Secondly: we need to not only improve ourselves but make the space around us for others to improve, to build the world of partnership.

And thirdly: country has to know the bright successful examples. Let’s be happy when everything is good with your neighbor, then we will be successful too. 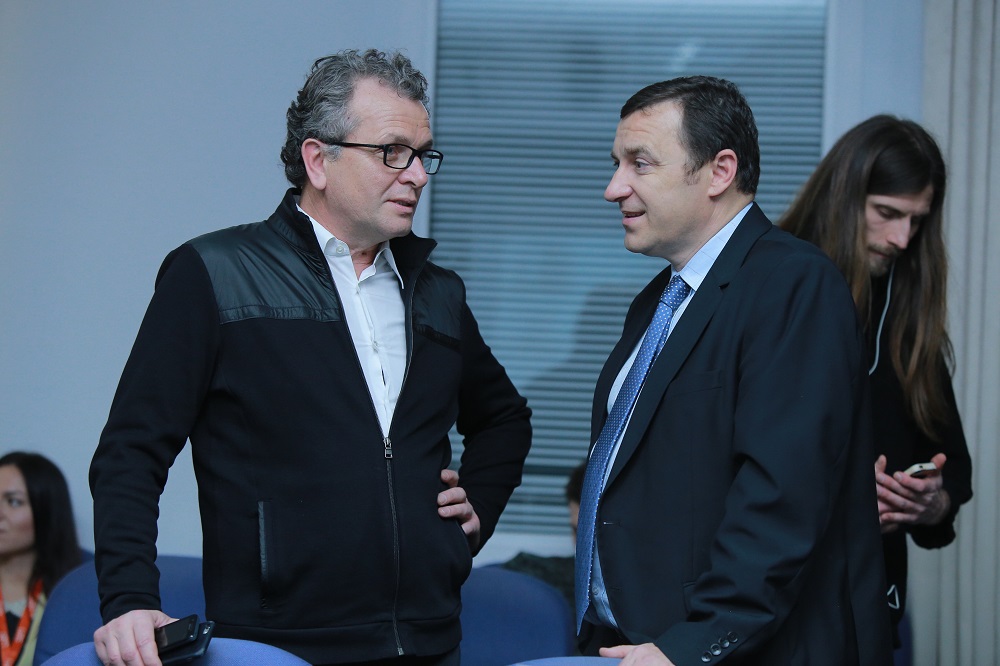 The article is prepared especially for the III number of business edition Insight LvBS Inside, which you can get at the events and at the office of UCU Lviv Business School.