Women’s leadership: to become an engine for the changes. Olha Syvak

Lviv business school of UCU (LvBS) continues collecting the opinions of successful Ukrainian women on the leadership. What is it and what are its peculiar features?Is it possible/worth looking for the difference between the female and male leadership? Why up to now the expression «female leader» may evoke in our society a tolerant smile? Inordertofindtheresponseswithintheframeworkoftheproject «Women’s leadership: to become an engine for the changes» the famous women will share their own experience, will tell about challenges in their professional and personal lives, as well as will talk about the success stories. 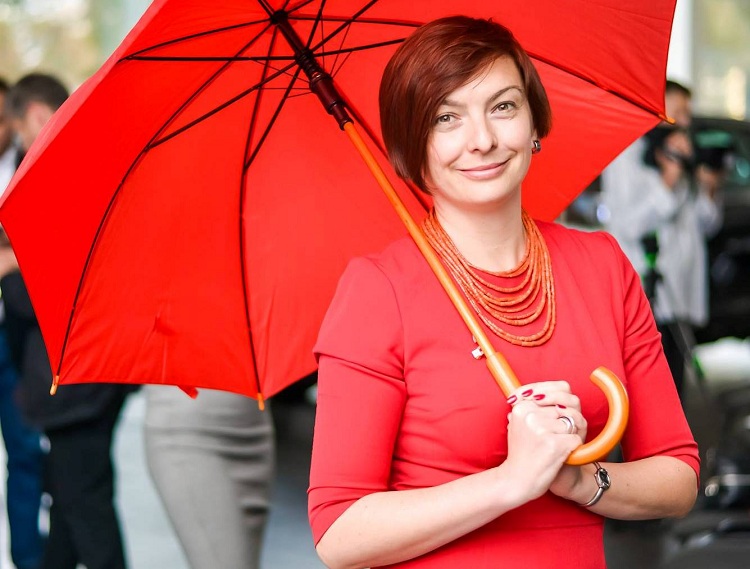 The next heroine of the project is Olha Syvak, a woman who manages the Investment Department of Lviv City Council. Up to now, only men held this position at Lviv City Council. And so, besides raising investments during such unfavorable for Ukraine time, Olha is also breaking official stereotypes of the female leader who is holding a position of the highest importance. You will learn more detailed information in the course of the interview with her:

Who is the example of a good leader for you?

After all the important events of the recent years, the Ukrainian society has given up on, so I am not going to follow somebody’s example. I do not have any idol. Of course, strong women in politics and business, like Margaret Thatcher, inspire me. Nevertheless, everybody understands leadership in a different way. The understanding of the leadership depends on the field a person is working in.

My decision to work for the city council was not simple. Never before, I have been employed at the public sector, and it was not by far the thing I had been dreaming about. After the Maidan everyone had to decide what to do for the future of our country. I do not want to look posh, but when there appeared a vacant position of the head of Investment Department, I took a conscious decision to do something important both for my city and my country in the domain where I have a great experience.

I believe that there does not exist any one-size-fits-all formula and a standard set of features the leader should possess. Nevertheless, first, he or she should be a proactive visionary. The leader is the one who bears responsibility and can strike a spark out of people he or she is working with. However, the leader should also roll up his or her sleeves and work together with others from morning till night and not to stand aloof and be placed upon a pedestal 🙂

What challenges do you face as the leader holding such a position?

At the previous program at LvBS, which was dedicated to the women’s leadership, we were talking about the fact that men in business or mostly in the sphere of administration may judge the woman by her beauty, appearance, however there exists a kind of discrimination when we talk about woman as a leader. We can cope with this as well! Far too often men do not hold out a hand to women when greeting.Be it so! As far as I am concerned, it is important that my business opinion is considered. I mean when it is necessary to settle some problem collectively you must be heard. It often happens that you may be ignored. Luckily for us, Lviv city council has a progressive organization. Many new and young people are working here. They are open for changes and are initiative (most of them are women).

Do you feel that you as the woman who is holding such a position also bear a part of that responsibility for the shift in mindset?

I do not know exactly if it is possible to shift the mindset of workfellows who are more than 40 years old. Except perhaps with baby steps we can influence their perception of the clear facts. Of course, it is better and easier to change oneself at the age of 25-35. I am sure that just with this generation we will be able to reach the most effective changes. I have five employees who are reporting directly to me. For them, probably, I am a kind of example to follow. I would like them to be more self-motivated. I like working with people who have light in their eyes then we can inter-boost our batteries, share our energies and make great advances together. The more difficult is the problem, which needs to be settled the more off standard should be our thinking and actions.

How do you struggle against such challenges and difficulties in general?

You know, Ivan Franco once said: «Go about your business»! I am persuaded that both in business and in public sector there may be no distinguishing or setting oneself up differently, because you are a woman. On the contrary, as I have already mentioned, some Ukrainian men face the challenge because they do not know how to behave with the woman, for example, in the course of business negotiations. 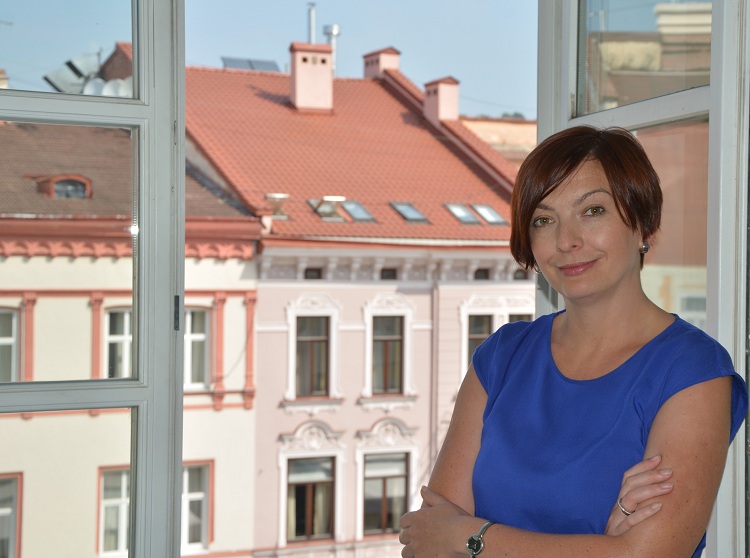 I believe that everybody just has to do his or her job. Female leader has an advantage, she often puts some problems through her emotions and in difficult situations women may be not only guided by their experience and common sense but also apply a wide range of softskills. After all, we see these changes in the world, when the ability to communicate, make arrangements and understand is more important than the ability to write a letter or the formulas. I received economic education so, I can easily make calculations and/or create accounting models but for the present-day leader softskills are becoming more and more irreplaceable component. Women succeed better! With delight, I observe women who are holding important positions in the government now (most of them play second fiddle – holding the positions of the deputy ministers) you will not see them on TV among those participating in the talk shows but I know perfectly well how much do they do in order to reform our economy. Everyday work of these women makes a great contribution to the development of Ukraine.

Is stress an inseparable part of the leadership?

Situation in the country, the war – these are the reasons why almost nobody wants to invest to the country. To reshape it – is really a great challenge. The main thing is not to give up (though sometimes it is hard). Prospective investors visit Lviv, we attend international forums, meet new people and persuade them that this city is really worth investing. I put my heart and soul into these meetings, telling people about our city and I see certain result. Our last-year greatest achievement – is the attraction of CTP, a Dutch investor who is going to build an industrial park in Lviv. Insofar as it refers to investments in Lviv I feel I am its face. When I attend the international conferences or when I am meeting my business associates from other cities they usually say: «Look, here is Lviv!». From other cities people call to take advice from us. They want to know how we do this or that. Investments are the continuous process and probably it result is not mentioned at once. Some companies have been taking decisions whether to invest in Lviv for 3-5 years. It is a lengthy game. If we are asked for advice by business associates from other cities, it means that we have managed to succeed and it is obvious.

When the investors arrive, the first thing they are interested in are the conditions we can offer to them. According to the applicable legislation, actually, there is none of them. So why should they invest in Ukraine, where besides the long-lasting war it is the country with the serious corruption problems that are constantly announced on TV, especially in business news? What is different about it is when they arrive here a see a beautiful city, open to public city authorities, hear about maximum support within the scope of our competence, – then they change their attitude. In such extremely complicated situation everyone’s work is worth its weight in gold, without regard to gender and the position he or she is holding.

How do you manage to do all these? Tell us please about these arch for the balance between the work and the rest of your life.

This is a highly charged and sensitive matter. Very often, it seems to me that I do not manage to pay enough time to my two children. I know what the term of «afterwork stress» means; after all, you need some time to have a rest and my children help me a lot with this. I relax when we read books together, when we discuss a day that has already gone.  Probably that is why the women I softer and more effective because they have a kind of antistress, which usually includes children, house, and some welcome fuss and bother. It help to restore and get ready for the next day, new challenges and tasks. 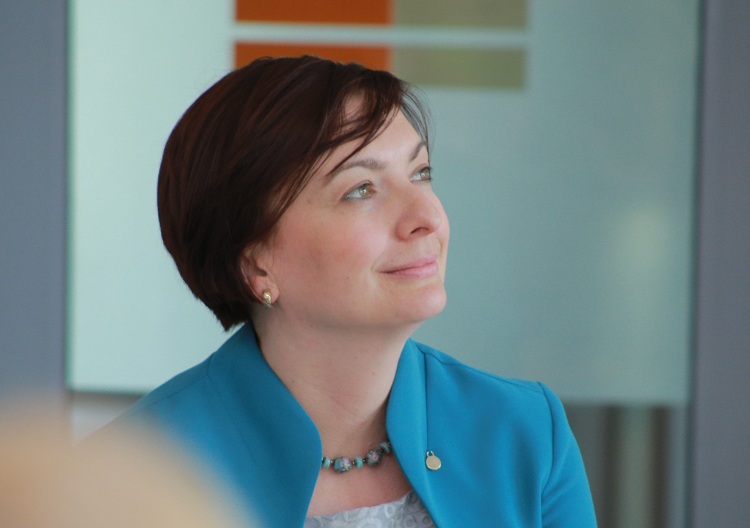 My elder son is 10 and my dauthter is 3,5. My little daughter does has not realized the challenges I face yet, but by son is very proud of me and he is happy that I am working at the city council. We used to come to me when I was working and I showed him the building of the city hall, and an office of the mayor of the city. The city parliament is very beautiful and impresses those who visit it for the first time.

What motivates you more: the results or the challenges you face?

I would like to achieve more results. As a financial expert I like laconicism, in other words, I like figures. We analyze the reports of different countries focused on investment. For example, Lithuania has a very good model on how to raise investment. They have an efficient mechanism of raising investments. Let us have a look at the report of Lithuanian investment office. Within six month of the year 2016 they raised 18 foreign investors, as the result there have been provided 2 000 places of work. For me it is the rest report: one sentence and two figures. I wish we could achieve the same, no matter how many efforts would be taken. The result is the most important thing. Still because of the present-day situation in Ukraine we have only single instances of investment, besides have been working for a short period.

How to you manage to preserve optimism with all these?

I am aware of the fact that it is impossible to achieve an immediate result. It can be compared rather with a marathon than a 100-meters race. That is why the efforts should be planned out. My current job is a contribution to new Ukraine. If there are raised investments the country will become stronger, there will be restarted the industrial processes, and renewed export. There is so much work to do! I have two children, and I hope when they get a little older, Ukraine will become a strong and developed country. They will be able to get good education and work here and will be happy living here. It motivates the most. 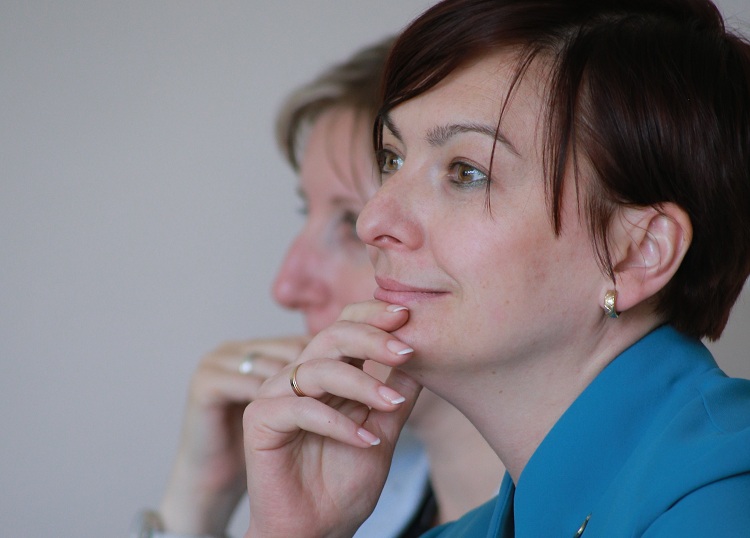