I Want to Start My Own Business to Invest in Charity – a Girl of Canadian Origin, but Ukrainian at Heart

Please meet Adriana Luhova, a participant of MS in Innovations and Entrepreneurship at LvBS, who is of Canadian origin, but Ukrainian at heart. She has been working with orphans in Ukraine for 8 years, actively supported Ukrainians during the Revolution of Dignity, and is currently volunteering for our soldiers fighting in the military conflict zone. The girl is cherishing dreams of having her own social enterprise to invest part of the profit in charity projects in Ukraine.

Adriana was born in Montreal to a family of Ukrainian immigrants. She studied Communications at Concordia University. Later she studied at Vancouver Film School and at the School of Visual Arts (Design for Social Change) in New York. Adriana majored in web design and advertising, but her true passion lies in directing and cinematography.

In 2015, she entered Lviv Business School of UCU because she is dreaming of starting her own business in Ukraine. “I want to start my own business to be able to live both in Ukraine and Canada. I see plenty of opportunity in Ukraine now. It’s true that the country is in a dire situation, but at the same time there are many people who are eager to work and develop this country, who are seeking a better life. That’s why I believe that now is a good time to invest in Ukraine because people are ready for implementing change.”

The girl admits that she has a vast array of ideas and decided to enter LvBS to single out and refine the most important one. “I want to set up a social enterprise to invest part of the profit in charity.” Adriana Luhova has been working with orphans in Ukraine since 2008 (Help Us Help The Children (HUHTC), New Generation), hence the desire to use a portion of future business earnings to help orphans.

When the Maidan protests began, the girl did not hesitate to support Ukrainians. Later, in April 2015, she quit her job in New York and volunteered for 5 consecutive months: within the Canada Ukraine Foundation Medical Mission 2015, in a military hospital, as a photographer and camera operator (photo shoots for children whose fathers are fighting in the military conflict zone). Adriana says that a lot of her Canadian friends provided active support to Ukrainians during the Revolution of Dignity and are now helping our military and medical brigades in the east. Some of her acquaintances moved to Ukraine and became volunteers. “They are spending their savings and sharing their knowledge and experience to help Ukraine get back on its feet,” says Adriana.

The girl is in love with Ukraine, in particular with Ukrainian cuisine, and has been cherishing

dreams of moving to Lviv for already 5 years. The start of studies at LvBS gave fresh impetus for change. “I love this country. I really like studying at Lviv Business School of UCU as it boasts great faculty, modern classrooms and equipment. I have experience of studying in Canada and New York and can state with certainty that LvBS is on a par with them. You can be proud of your school. I am here to learn to work more effectively.” Adriana also commented that now her home in Canada is a hostel for Ukrainians :).

Adriana, we are very happy to have you in our team. We really hope you’ll be able to find your idea and implement a great project! 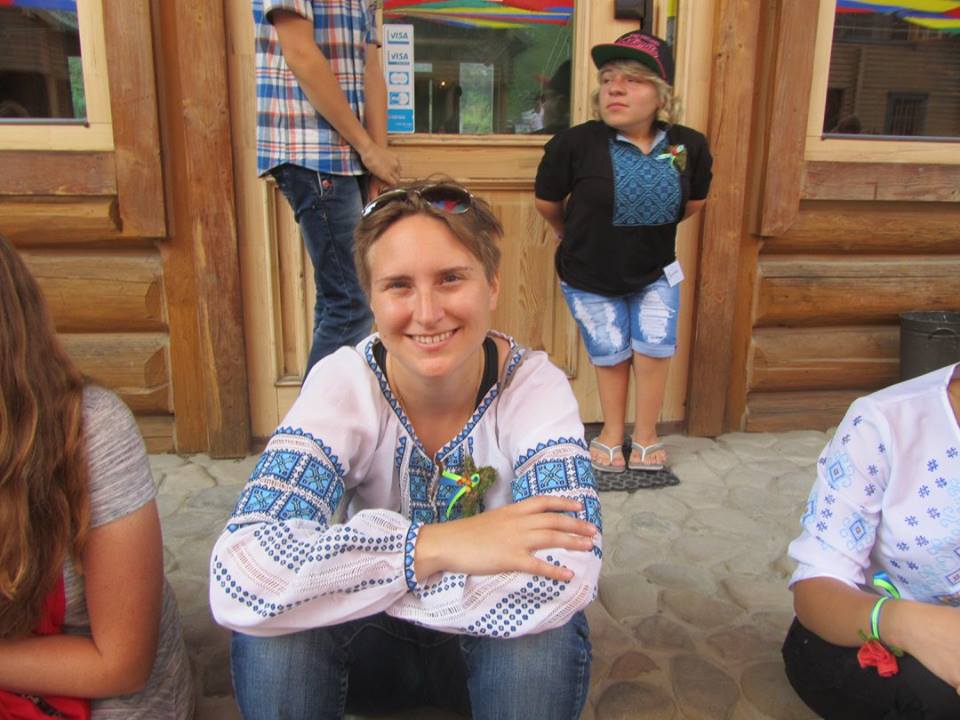