«Studying the experiences of others is very important. In particular, it is important to focus on their mistakes. Success often an accident or a result of unfair advantages. Considering cases of bankruptcy and closing at different stages of start-ups, you can easily learn what not to do,» says Denis Dovgopol, co-founder and managing partner GrowthUP Group. During WakeUpMeeting #5 at the Lviv Business School of UCU he explained why we it is necessary to learn from both successes and failures, not just the business of IT. 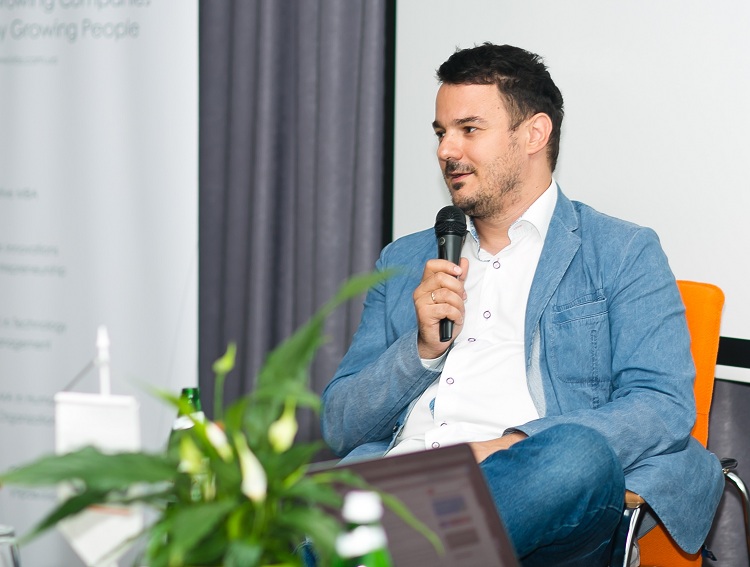 WakeUpMeeting # 5 with Denis Dovgopol on «Creating a local ecosystem» was held within the joint project of LvBS and «Сreative quarter». During the meeting, a presentation of the project «Crimean toponymy» of the journalist, historian and lecturer at UCU Vakhtang Kipiani.

We have chosen some of what we feel are the most interesting ideas and quotes the speakers voiced throughout the meeting: 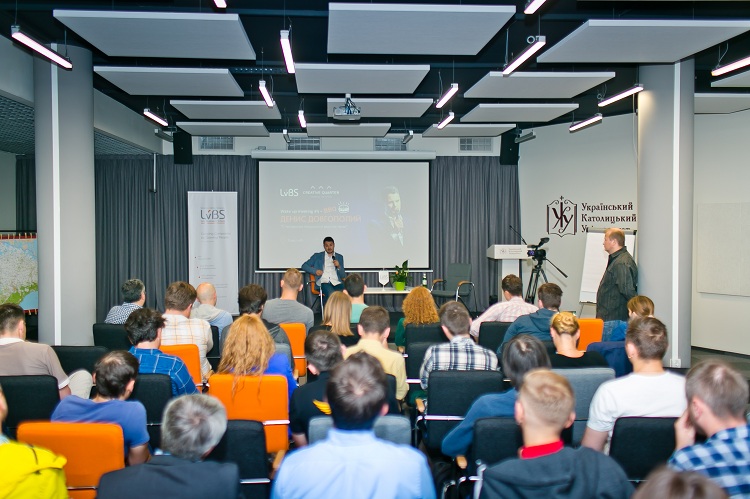 The success of Silicon Valley is that it is a complete ecosystem. Like any other ecosystem, without any specific element of it, it would simply collapse.

If we talk about its product business IT ecosystem, Lviv is ranked fifth in the national rankings. But for potential development it holds the first place. This means that Lviv indeed has some sort of ecosystem, but that ecosystem is under developed. 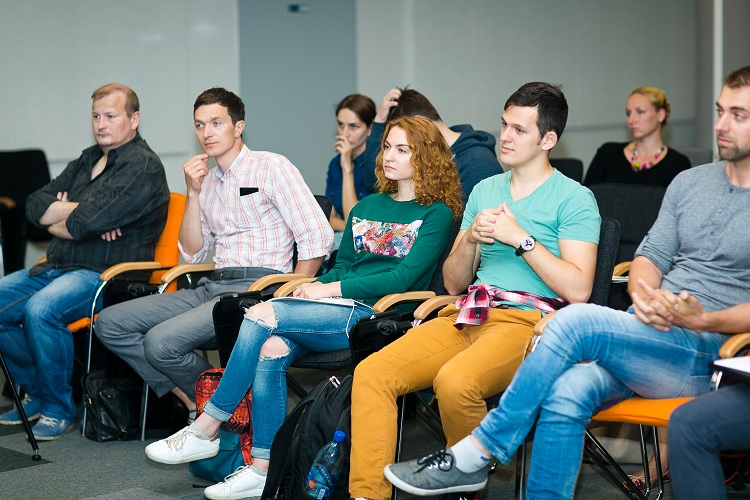 In Europe, we often find startups where founders are representatives of the Western Region. Here in Western Ukraine we have great potential, but like I said, we do not have the base. We do not have the effective and efficient existing ecosystem that would allow start-ups to work the way they do in Europe.

We started creating ecosystems in Kiev in 2005 and for three years they were actively developed. Once the crisis of 2008 hit, growth stagnated really putting us behind the rest of Europe. In general, the crisis has knocked down majority of Ukrainian e-commerce. Therefore, in 2009, we decided to work more on infrastructure than on the ecosystem. 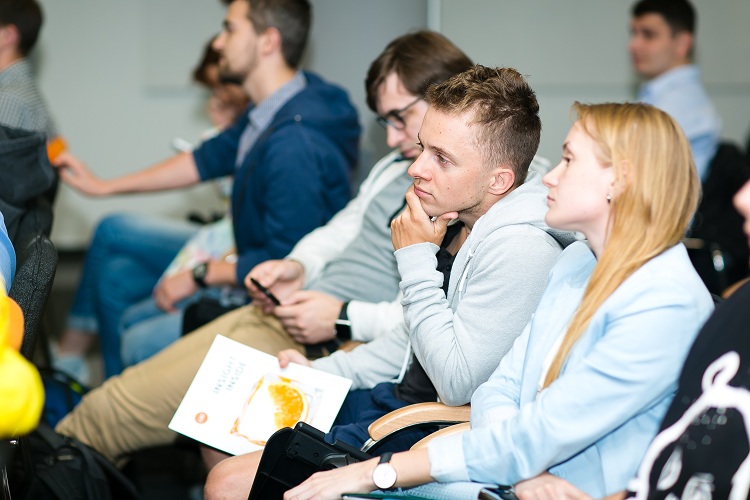 Studying the experiences of others is very important. In particular, it is important to focus on their mistakes. Success often an accident or a result of unfair advantages. Considering cases of bankruptcy and closing at different stages of start-ups, you can easily learn what not to do. I that is very important – if not the most important thing!

The two main reasons for the failure of Ukrainian startups:

Lviv has many IT businesses, but there is little output and success is occurring. The city needs to develop infrastructure projects. Also, I do not see a community, but I do see a potential for one were things can happen. 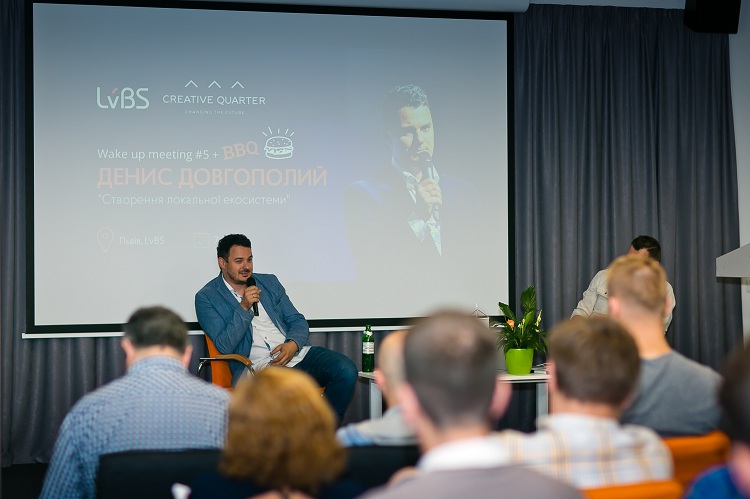 It is necessary to show a little more patriotism and try to save the city (not to go to Europe). It may be less advantageous to startup, but it is very important for business in the future.

Each WakeUp Meeting has a charitable component. In previous months, during meetings, participants made donations that were directed to hundreds of volunteers at UCU, which are heavily responsible for supporting the Ukrainian military in eastern Ukraine. This time, we chose another charitable cause – raising funds to purchase unique maps of Crimea for Lviv. «We were the first in Ukraine to have such maps which help to understand the reality of the situation in Crimea», – author of this mapping project called «Toponymy of Crimea» Vakhtang Kipiani. 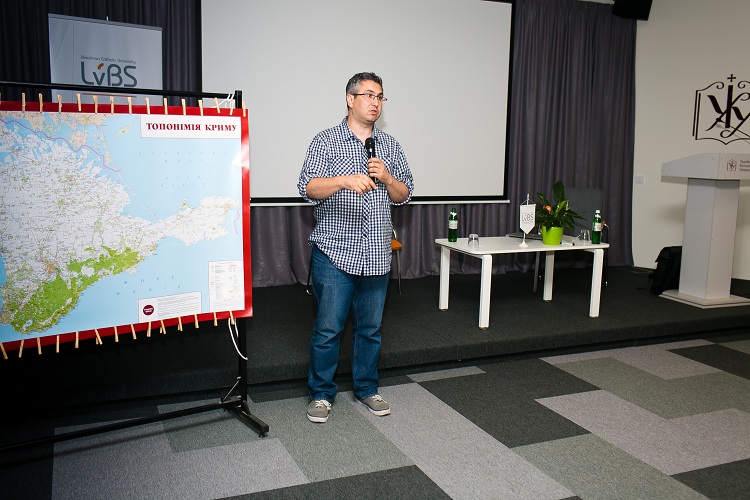 «There are thousands of things that we need to talk about and bring attention to: memory, history, the pain, the Holocaust, the Holodomor, the responsibility of parents … Crimea. Crimea is one of the places where we do not want to lose, because there is so much important history that we do not even fully understand yet. We still do not have a full idea of what it really is – or then or now» – said Vakhtang Kipiani.

According to him, the most inhabited settlements of the Peninsula are marked. Historical names of these areas suggest that their story is much deeper than it seems. «90% of names are of Crimean Tatar origin. These maps – a gift to the history teachers, which in 25 years of teaching he has never had such wonderful, detailed billboards. We are the first to implement such a project, not even the state has had such an initiative. It is our attempt to understand the reality of those living in Crimea and the history of the region.»

The feature WakeUp Meeting #5 had a new format this time with a lecture+BBQ, during which participants were able not only to communicate with speakers, but also to explore and discuss issues of IT business in Lviv and Ukraine. 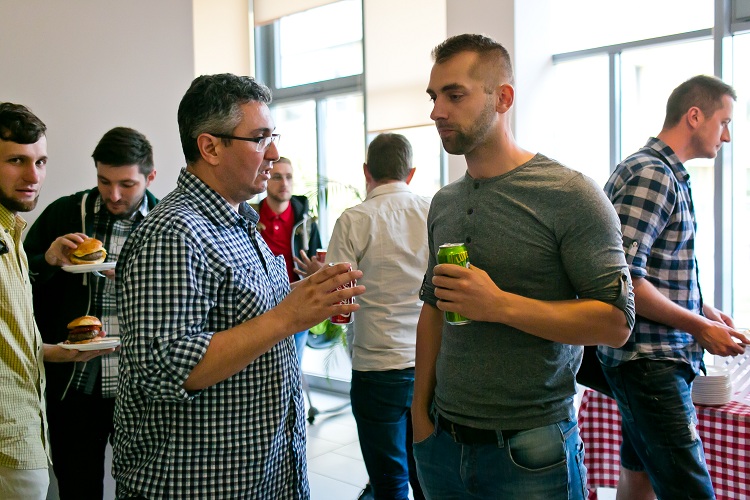 Reference: Lviv Business School of UCU (LvBS) together with «Сreative quarter» project launched Wake Up Meetings for employees of the IT industry. The purpose of the project was to stimulate the development of innovation and the stimulation of IT companies and businesses in Lviv. In this project, in 2016, we plan to hold 12 workshops. Speakers will be successful Ukrainian entrepreneurs who have created their company’s products and achieved global recognition. They will share their experiences and give practical advice on how to take the first steps on the road to success. Speakers in the past have been Eugene Sysoev, Vlad Voskresensky and David Brown (David Arahamiya), Maxim Bakhmatov.