In the 1990s Mychailo Wynnycky studied the topic of the Ukrainian business. Who were the entrepreneurs of the 1990s? Either gangsters, or political bosses. Although there was the third segment of very interesting people. What happens to the business in Ukraine now? Mychailo considers the very interesting process taking place: owners aging. Their businesses are becoming more mature, and they ask themselves: what next?

We provide a full summary of the session of the teacher in Open House LvBS of the programs Key Executive MBA and MA in Human Resources and Organization Development “Change management”, held in Kyiv on 30 September. Hereinafter comes the author’s direct speech. 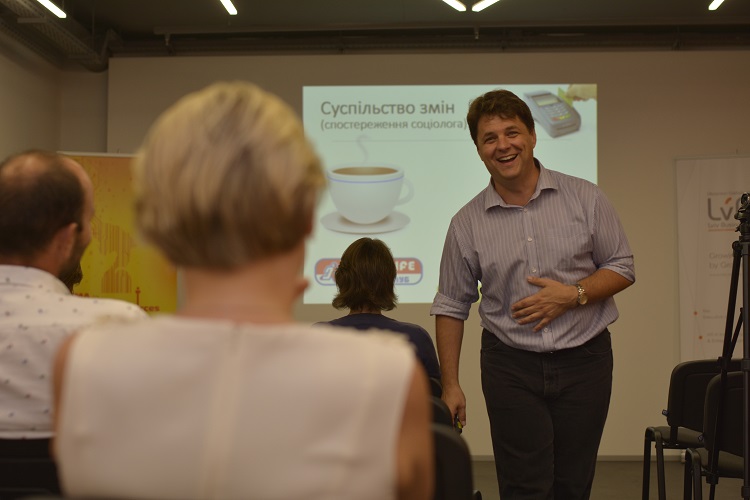 And then, If the company does not reborn, the only way is its death. For the owners, it means the loss of wealth. And the Ukrainians for the present level of GDP should not lose wealth. Therefore, the changes are needed, both large-scale and small. Because during the whole our life the context is changed both technological, and social.

For the successful implementation of the changes in the organization you should know about the 8 steps of changes implementation by John Kotter. They can be divided into three blocks:

Creating the environment for changes

1. Create a need for change.

2. To form a strong coalition.

3. Create a vision, perspectives and strategies for change.

Employees encouragement and involvement of the entire organization

4. Promote vision. The vision of the future becomes a key factor in the association during the period of changes.

Implementation and consolidation of changes

For the successful implementation of the changes the internal climate in the organization is an important factor. The simpler the need for the change and the vision are formulated, the better it is perceived by the employees. Remember the emotion! Rational does not inspire. The secret of the success of ideas communication lays in the physiology of the brain. The man shares the information that is valuable for him, that he considers valuable for the interlocutor. Well “packed” massages excite two centers of the brain: value centre + centre of communication, so the man takes it personally and shares it with others. 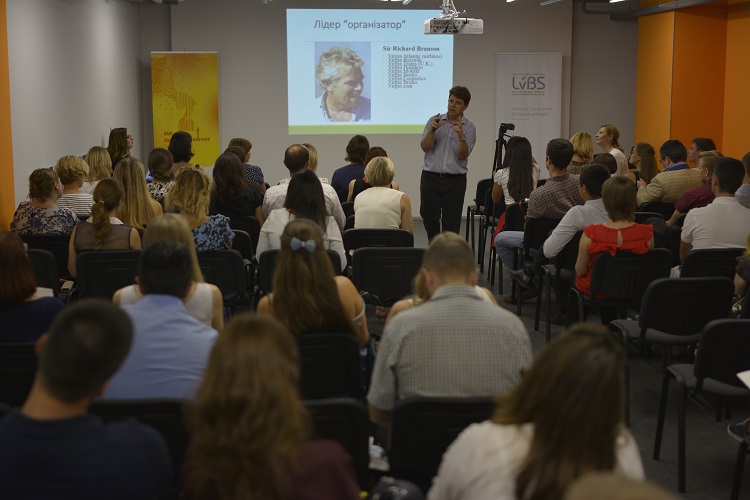 Many Ukrainian and international companies have a common problem. They are governed not by the teams, but by bosses, “gods-founders”, “conductors”. If the efforts of the entire team of the company focus on to meet the chef, the changes would not take place. If the chef is in the centre, after his retirement from the affairs, the business will die. This way of management can be called “conducting”, where a leader-organizer rules.

Good leaders and innovators rarely play “alone”. A good example of a successful “coalition” is a case when Bill Gates stepped away from the business, and Microsoft still grows and develops. Then in the same time Apple will unlikely live out a long while, when Steve Jobs ideas run out.

There is another way of management, which concept can be described as JAZZ.

In jazz the most important factors are the rhythm and the improvisation. In this context, the business should perceive this music style as a lesson. “The soloist has to listen and over-build the music created by others in the group,” said the tutorial on jazz. Thus, the effective organization supports individual initiatives, even when they are pulling out of the comfort zone. You should always remember that the word “organization” is derived from the word “organism”.

The owner is the entity that is the biggest asset and the biggest risk for your organization. If the owner believes that the “organization is me”, then you will have success no longer. He should understand that the organization is like a child. Over time it should be released in the world giving the possibility to grow. This, of course, hurts, but the secret is to release it into the world, and to leave some link.

So if we want changes, we want to work in another paradigm, the paradigm of jazz.

We remind you that on 30 of September Open House “Change management” was held due to the programs Key Executive MBA and MA in Human Resources and Organization Development. Read also: