Ukrainian family businesses, at the heart of the resistance during the war

At a time when the fighting is still raging, Ukrainian family businesses display a capacity of resistance, an organization, and a spirit of solidarity drawn from their culture of resilience, which is constantly renewed, even reinforced throughout history. 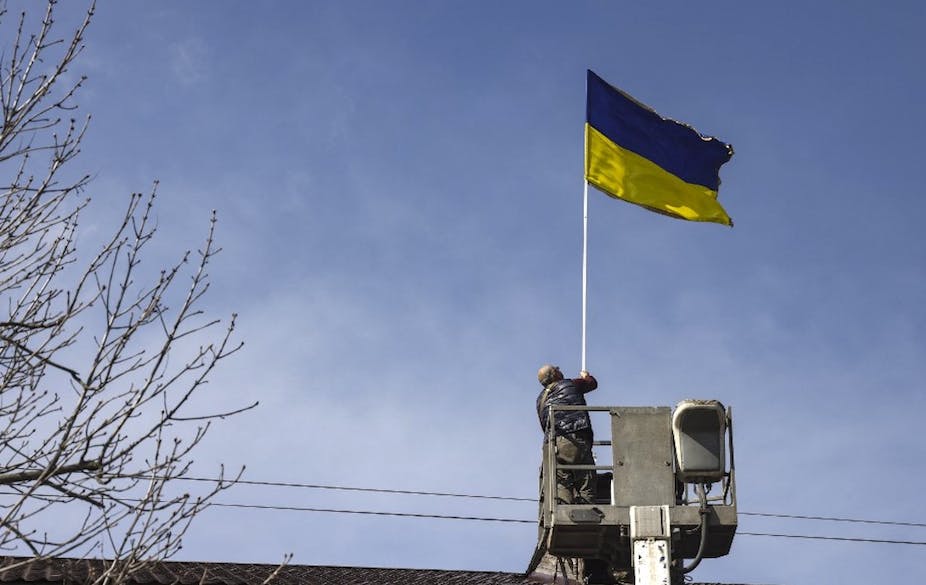 According to the definition retained at the level of the European Commission, a business, regardless of its size, is a family business if the majority of decision-making rights (direct or indirect) belong to the family member(s) who created or acquired the capital of the company, with at least one representative of the family formally involved in corporate governance.

After studying the dynamics of the resilience of family businesses, including Ukrainian ones, during the Covid-19 crisis for research work (that will be presented soon at the International Family Enterprise Research Academy Conference), I carried out an initial analysis of their behaviour and their perspectives during the first weeks endured within a nation in a state of war.

The family businesses in Ukraine are generally led by the first and/or the second generation, due to the socialist history of the country, and play a predominant role in the economy. According to a study by UCU Business School (in Ukrainian), their managers believe that their values and their strategic objectives take precedence over material and financial factors. In particular, the concept of responsibility towards common objectives stands at the heart of their practices.

The data collection was organized around three main questions:

The strength of the real «Ukrainian spirit» seems to have resurfaced during this crisis. Inscribed in the nation’s DNA, whose successive generations have dealt with major crises during the last decades, nowadays, it is embodied in the desire of Ukrainian families that own family businesses to continue their economic activity and to keep on growing despite all the challenges.

As Rostyslav Vovk, the co-director of Kormotech, a manufacturer of food for cats and dogs, has put it during the third week of conflict: «Yesterday, we had a strategic meeting. We must be ready for the future». 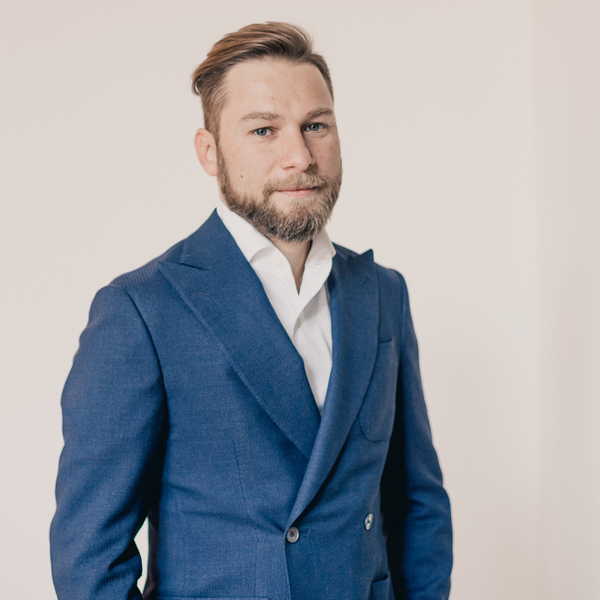 This spirit revolves around the «shared dream», a terminology used by the interviewed managers, «around a flourishing and independent nation, supported by its families and businesses».

Significant resilience is a key that animates and strengthens them across the trials and the hazards of the war.

The resilience of the family businesses is defined as the dynamic process triggered by the advent of adversity that is perceived as a challenge by the family members because it poses a threat to the homeostasis of the system (or its equilibrium) which is the case of the war in Ukraine in the eyes of the Ukrainian entrepreneurial families. This process of resilience develops through a progressive adaptation to the adversities that is facilitated by the family businesses capacities in terms of absorption (of resources), renewal (of the entrepreneurial orientation), appropriation (of history and historical values) and social capital (see my article published in Japan in the book The Family Business Yearbook 2022 at Hakutou Shobou Editions).

This «Ukrainian spirit» is driven by the strong loyalties that the members of the controlling families of these businesses have with each other and with their stakeholders and vice versa.

These family businesses have, in fact, woven throughout their history intra-, inter-generational, and partnership relationships which prove to be particularly meaningful in this crisis. At the centre, the family represents the hard core around which a network of powerful solidarities gravitates. And this is confirmed on the ground.

The Kormotech company reveals that partners quickly showed their support. According to the manager:

They did not just ask us how we were doing, but how can they help us right away

The businesses to which those companies are affiliated are mobilizing to help as well. The Family Business Network International, the World’s largest network of family businesses, present in 65 countries,  has publicly positioned itself in support Ukrainian family businesses. The members of the network participated in humanitarian efforts commensurate with their expertise and sectors of activity.

For example, the family business Day Lewis Pharmacy located in the United Kingdom, has been helping from the first week of the war, contributing to collecting medicine, medical equipment and other first necessity products. Regular meetings made it possible for the network members to stay informed, share the best practices, and, thus, continue that effort of solidarity during the war.

Meanwhile, the family managers  have quickly provided support to their employees. On the one hand, they helped employees to organize their safe arrivals to the workplace; and, on the other hand, they contributed to organizing the trips and the accommodation for the families of their employees who were leaving the country to the neighbouring ones. They also hosted in their homes relatives who fled other regions more affected by the war.

The Ukrainian family businesses have also continued their activities on the patriotic front, participating in the creation and the promotion of funds supporting the army in its efforts to defend the country, but also providing assistance to affected populations.

Thus, all the stakeholders of family businesses are united: the distinction between the shareholders, the managers, the clients, the suppliers, the employees, the communities, and the government disappears. This unity or even fusion of all these circles allows them to more efficiently support each other and defend their principles towards finding a homeostasis that is similar to that of the pre-war period, or a new homeostasis, which could enable them to realize the common dream.

The agility at the heart of the economic model characterizes those family businesses facing the challenges of the war and is facilitated by their governance. The latter enables them to convey long-term family values, to promote patient capital and to provide critical skills, particularly in terms of risk management, necessary in times of crisis. 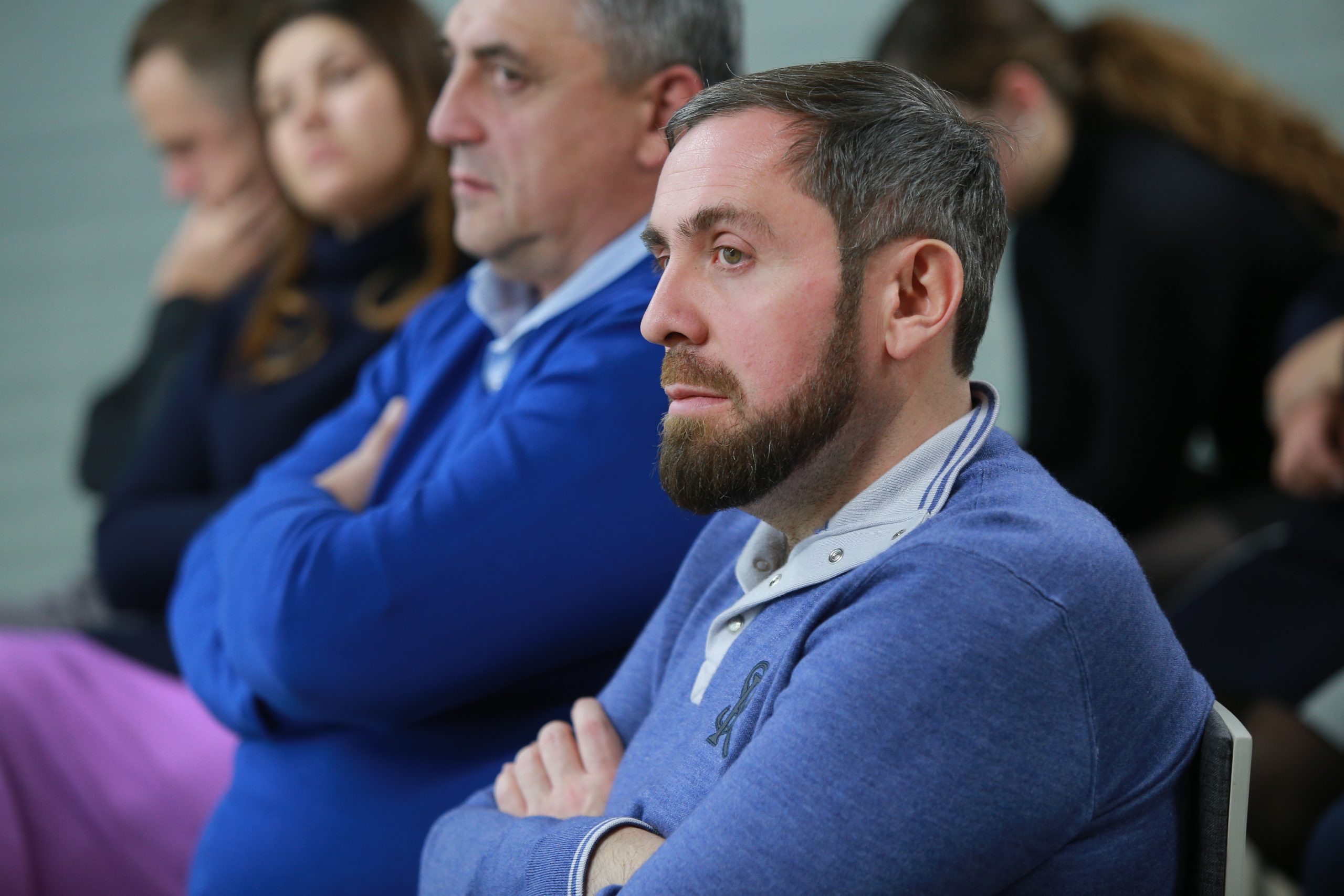 Specializing in the production of food supplies based on pork meat, the family business Barcom LLC, located near Lviv with a chain of stores across the country, clearly illustrates this observation. From the first weeks of the war, the company has faced both financial and supply difficulties: feeding the animals and paying for goods in the context of a highly disrupted international financial and credit system.

Like the majority of Ukrainian family businesses, Barcom is a young and agile structure. Although recent, its experience in governance allowed it to bounce back effectively when the invasion of Ukraine started.

As its manager, Oleg Baran, explains, the company has rapidly developed its risk management system, initiated during the Covid-19, «by adapting it to the current crisis».

The expanded and refined risk mapping  gave rise to strategic actions to be implemented under different scenarios, from the most pessimistic to the most optimistic in terms of impact. The company pursued its activity by adapting it gradually to the changing context through this risk management matrix.

The company was thus able to quickly revise its business model, with a focus on the key partners in terms of financial resources and other sources of supply, aiming to overcome the difficulties connected with the payment, financing, and maintenance of the production activity. 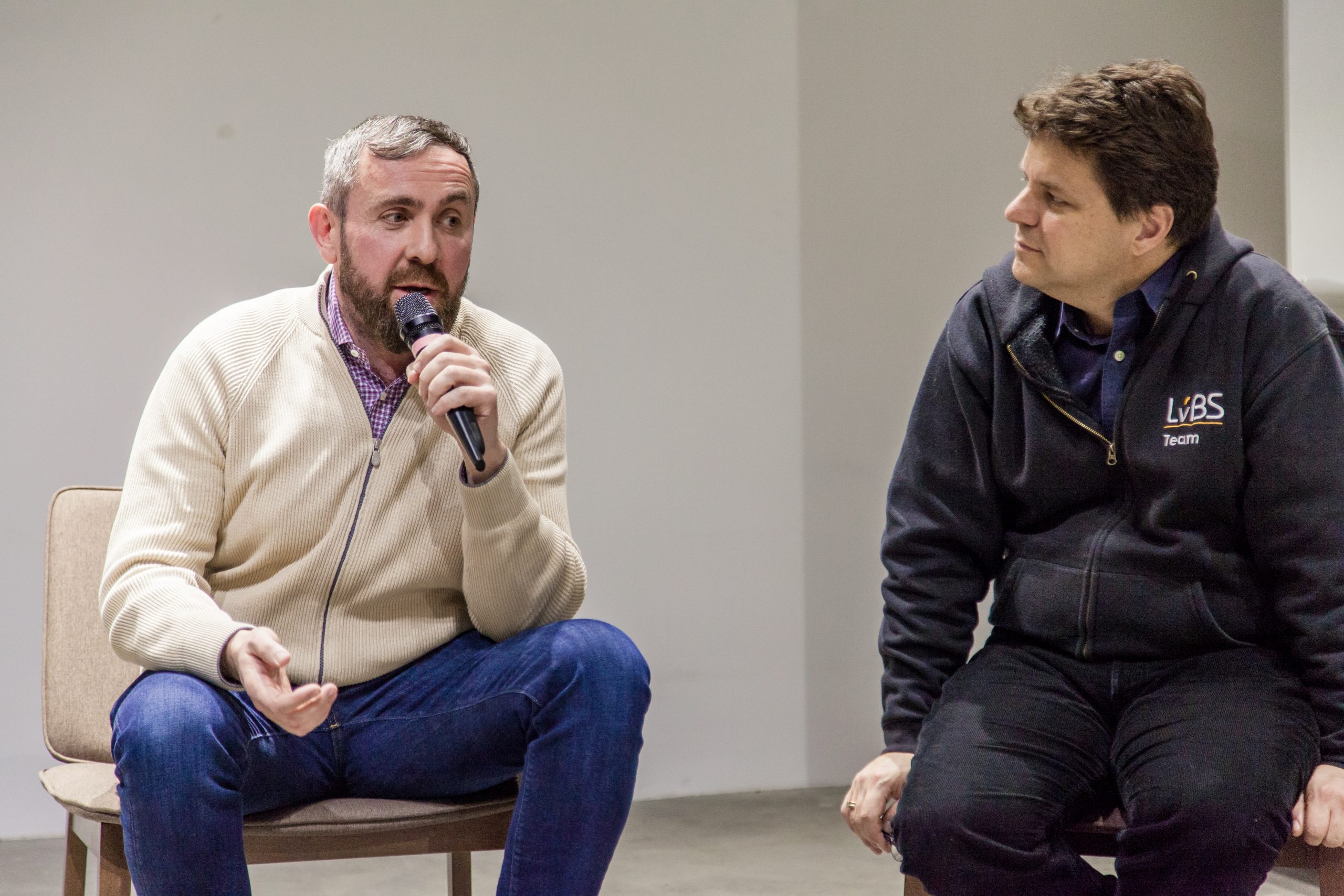 The Kormotech company also continued its activity by revisiting its business model. It contributed to creating Save Pets of Ukraine, which aims to save dogs and cats suffering from war. It delivered more than 93 tons of food for animals in need in just two weeks. More than 200 shelters or volunteers received humanitarian aid. By capitalizing on foreign donations through the foundation, the company allocates the necessary products to the foundation which enables it to carry out its mission. Thus, on the one hand, the activity of the family business is maintained, and, on the other hand, it saves lives in the animal world.

The momentum of solidarity with Ukraine has also been noticeable in the other European family businesses, since the first two weeks of war. Some, like Hermès, Ikea and Swarovski, quickly publicly displayed their support to Ukrainians and decided – at least temporarily – to stop their sales and/or production activities in Russia while providing ongoing support to their local teams.

Others, less exposed in Ukraine and Russia, contributed differently. For example, the English bank C. Hoare & Co. compiled a list of trusted philanthropic organizations that their clients can connect with to help Ukrainians. The employees of Heppner in France, – initiated a solidary and spontaneous mobilization by making available the company’s logistic transport system to deliver aid to Ukraine.

Other European organizations dedicated to family businesses were also mobilized. The Institute of family businesses in Poland brought family businesses together for the annual conference last March 28th-29th and invited experts, including myself, to share their knowledge to help them cope with these times of hostilities and war.

Almost two months since the beginning of the war, these family businesses  continue to lead by example as resilient organizations with agile and nested business models around developed and developing loyalties at the service of stakeholders.