Managing partner of pro.mova Consulting Company. At LvBS delivers a course on Business Communications. A member of the Supervisory Board of the Gongadze Fund, a member of the Committee of Lviv Entrepreneurs, a member of UAPR Association of Public Relations. He has been employed by large Ukrainian media (1+1 TV Studio, 1st National TV Channel, Kiyevskiye Vedomosti). He started his journalistic career at Post-Postup newspaper and Promin Radio Station, worked with the leading mass media within the country and abroad (Dzerkalo Niadeli, Ekho Moskvy Radion, a local co-producer for CBS and PBS, BBC).
As a journalist, he has a firsthand experience while working in hotspots (Yugoslavia, 1999) and in other emergency conditions (Transcarpathian floods 1998-1999, events after the Terrorist Acts of September 11, 2001, the Near East, 2002, the Gongadze case and the political crisis 2001-2002).
In 2002-2003, in partnership with Roman Skrypin and Andriy Shevchenko he co-developed a concept of TV Channel 5. In 2002, he declined his work for news programs at 1+1 Channel because of the censor policy. He co-founded Kyiv Independent Media Trade Union, and later became its Chairman.
He graduated from Kyiv-Mohyla Academy with a degree in Political Studies, also studied at Bluffton University (Ohio, USA) and Lviv Ivan Franko National University.
He is the consultant on communications, a lecturer in Communications for the Media, Businesses and NGOs. 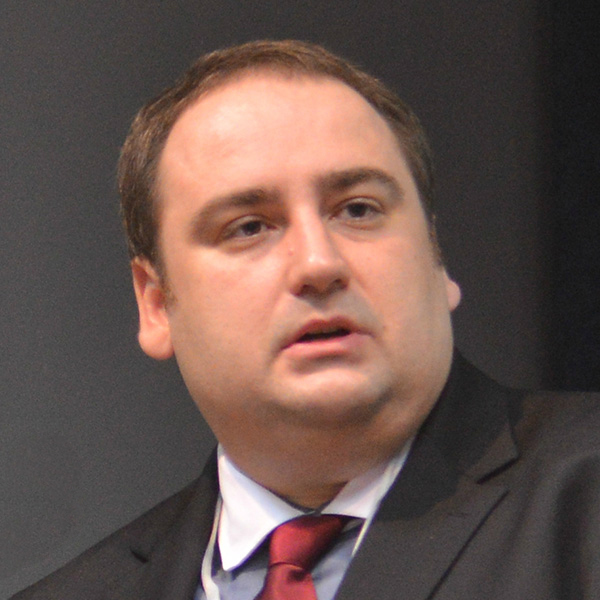