Leadership and The «Art of War»

In the philosopher’s thinking, it is precisely in ruining your enemy’s plan that an unbeatable war strategy is found. In «Art of War», Sun Tzu gives special attention to strategy, tactics, and military leadership, in particular, the qualities of a commander.

In Ukraine, the war has gone on for eight years now. Over the last few months, Russia brought approximately 150 000 soldiers to the border with Ukraine and has now proceeded with a massive invasion. In the face of this threatening situation, we decided to analyze a number of important thoughts of the great strategist Sun Tzu which remain relevant to study today, not only for soldiers but for civil leaders who govern organizations in hostile and changing contexts. 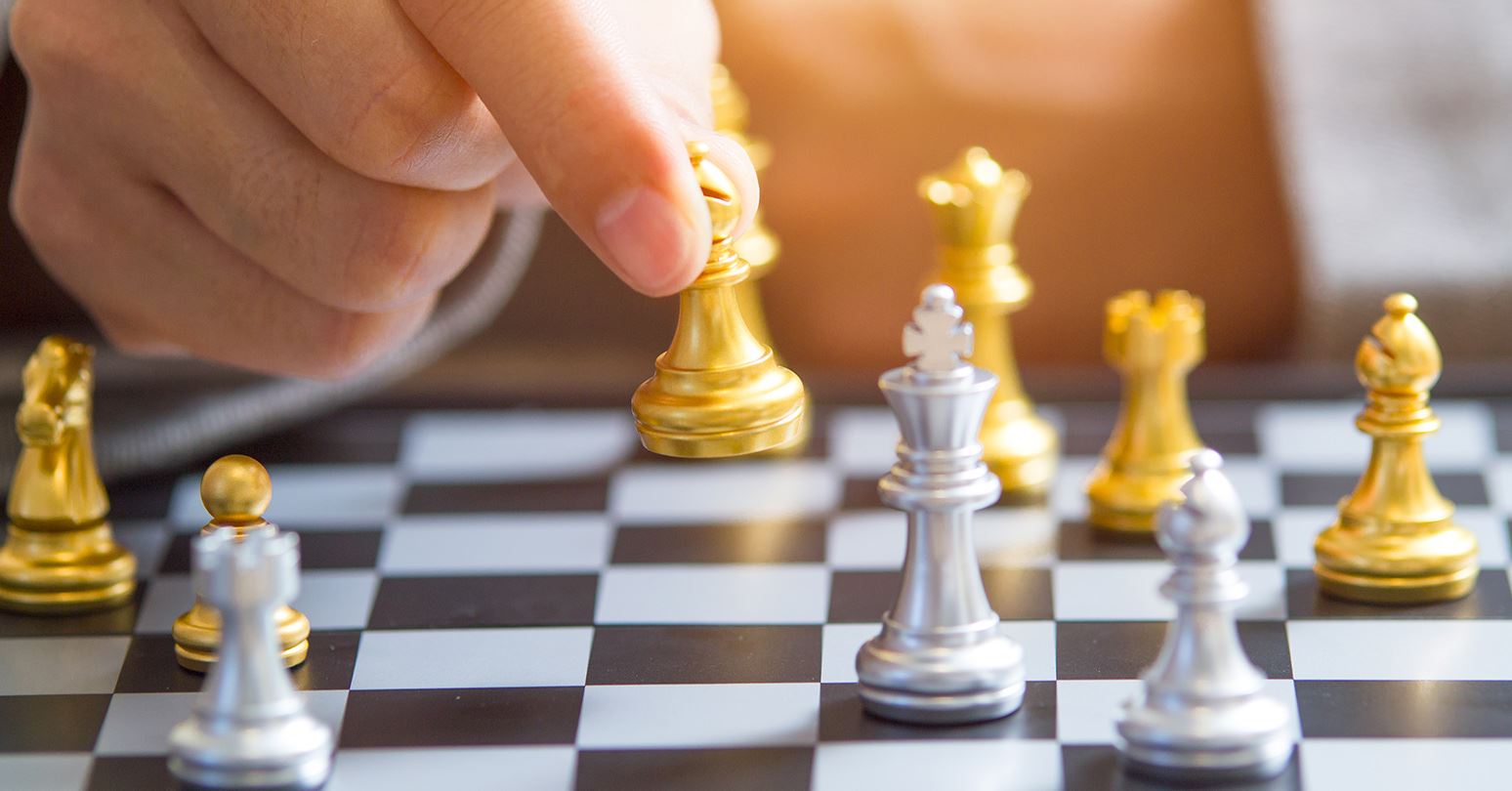 Tactics cannot be independent of strategy. Tactics are subordinated to strategy and in no case can ignore the demands which strategy determines. The task of tactics is to choose a plan which would serve the strategy and the strategist, correspondingly, should determine an understandable, doable, and adequate strategy to assist the tactician in his choice.

What is the task of strategy? Strategy in military matters aims to achieve certain political goals, so its task is to guide tactics to achieve the goals of politics.

Higher government leaders should determine strategy and it should unite the activities of subordinate leaders. Strategy should be centralized but tactics decentralized. That is, those who determine the strategy establish certain “rules of the game” and determine the goal which necessarily must be achieved for victory, in this way giving the tactics room to act. Tactics, for their part, achieve final goals but do not act according to precisely set directives but in response to existing conditions.

Famous American General George Patton said: “Never tell people how to do things. Tell them what to do and they will surprise you with their ingenuity.” Decentralized command of soldiers is one of the basic principles of the activities of the armies of the member-countries of NATO. In the process of reform, the Ukrainian Army also is striving to implement this principle.

As a rule, thanks to decentralization it is possible to achieve certain positive results at the same time:

Many businesses, by the way, use such an approach. For example, McDonald’s has the principle “freedom within the framework.” And the Japanese company Kyocera has its “amoeba” model, the main idea of which is that the workers work as independent business owners and business partners with other colleagues in various locations of the company. When Kyocera hires workers, they receive special intensive training called the “decision-making compass.” This training simplifies the decision-making process for workers and makes them quicker and more effective. In addition, when such a structure is cultivated in an organization, it is harder for a competitor to read their movements.

“So the highest standard for soldiers to use requires the absence of a position. Even the most deeply infiltrated spies cannot discover your positions, and the greatest wise man will not be able to find approaches against your army. The army will never achieve a victory gained by adapting to the circumstances of the enemy; all know what I did to win, but no one knows what methods and strategies I used.” (Sun Tzu, 6)

2. The character of a leader and the role of judgment

Each of these five things is a general failing and, correspondingly, harmful to the military. And it is these five dangers which lead to the army’s destruction and the murder of generals.

These failings demonstrate the character of a leader more than his or her competencies do. In 2009, researchers at Canada’s Ivey Business School Ian O. Ihnatowycz Institute of Leadership developed a leader character framework which includes 11 virtues: courage, transcendence, drive, collaboration, humanity, accountability, justice, temperance, integrity, humility, and judgment, the last of which is the central element of the model. Each military or civilian leader should develop these virtues, and the UCU Center for Leadership has popularized this model for five years now.

Why is judgment central? It is this virtue that helps direct the other virtues and does not allow the person to fall into extremes. Because, for example, neither too little courage and drive nor too much of them are good. Research in the management of organizations in a difficult and hostile context, conducted in Ukraine on the basis of this model by the Ukrainian Catholic University’s Center for Leadership together with the Ian O. Ihnatowycz Institute for Leadership in Canada, among its findings shows that Ukrainian civil leaders give judgment ninth place out of 11 virtues, while military leaders place it first.

Before the research, we supposed that courage would be in first place in the military and shared this supposition during polling. Often they answered us: “It’s possible to be courageous but stupid.” This means that war has forced leaders to critically evaluate at a tactical level various decisions and manifestations of their behavior.

The constant threat from Russia and other problems in conducting business, in particular the pandemic, have led Ukrainian civil leaders to develop the 11 virtues, in particular, judgment, because this directs the management of the other 10 virtues and determines the strength of their manifestation in a given situation or dilemma.

Research has also shown positive effects from developing the 11 virtues, in particular a reduction in stress at work in difficult conditions. However, the whole positive influence can be blocked by an ineffective organizational culture. For example, if the organization has not instituted discussion or the option to put the decisions of top level leadership in doubt, middle level leaders cannot fully realize their potential. So both military and also civil leaders should support an organizational culture which will not block possibilities for leaders to express their thoughts and develop.

Developed virtues are personal resources which leaders can use to avoid tension, burnout, and to increase (renew) welfare, personal or collective. And so the fighting spirit of people who work in a difficult context can be raised.

As we already mentioned, in war the most important is ruining the opponent’s strategy. Accordingly, the strategist should understand the nature of the war which he is waging or which is being waged against him. He/she should also understand the opponent’s strategy. If the strategist is aware of what he faces from an enemy who has higher quality weapons and technology and is trying to break the will to resist of the army and the people and, as a consequence, to devastate the armed forces, then he chooses a strategy which will increase his people’s will to resist, will avoid decisive direct conflicts and will use indirect asymmetric actions.

“Throw your people into a dangerous place and they will survive. Place them in a place of death, and they will live.” (Sun Tzu, 11) A place of death, according to Sun Tzu, is a place of the greatest pressure, on which depends whether you win or lose. And it is in this place we need to show that we are ready to fight to the death. Also, the psychological attitude of soldiers should be such that, when they are surrounded, they defend themselves. When there is no other way out, they struggle to the death.

Patricia Sullivan, a political scientist at the University of Georgia, in her doctoral dissertation researched why superpowers often lose conflicts to weaker nations. Researchers say that during the Second World War the most powerful nations of the world lost more than a third of their military battles against much weaker countries, regardless of the fact that their opponents had much better weapons and ammunition.

The researcher says that even the mightiest countries lose their “appetite” for war if the cost of victory is much higher than expected and if the war cannot be won solely with arms. According to Sullivan, the level of an army’s involvement is not as decisive for the victory of a superpower, because often the smaller country is more determined and motivated to win.

The strength of small countries and companies is in determination and motivation, and this strength is also concentrated in locality, because it can then be in control, instead of using its resources over a wide geographic perimeter. Local Leadership Profit is a phenomenon named by noted world business thinker Adrian Slywotzky, who described the principles of asymmetric action in his book David Wins. The concentration of forces on one’s own territory allows small companies to hold out, to strengthen their positions and win. Starbucks first grew strong in Seattle as did the group !Fest Local in Lviv, and it eventually began its expansion through all Ukraine and abroad. Local, small companies play very well in a long asymmetric game of endurance, inasmuch as they have the advantage of logistics and the loyalty of the local population.

There is a proverb: “Better 1 000 sheep led by a lion than a thousand lions led by a sheep.” The success of an organization and the result of any action depends above all on the leader. The leader multiplies or nullifies possibilities. It is not enough to give armies modern planes, tanks, and weapons, because no new technology or advanced weaponry can replace a person. So the leading armed forces of the world devote massive resources to the development of people, of leaders in particular.

Today’s Ukrainian army, and Ukrainian society in general, has shown that we are ready to form leaders who in difficult conditions can take responsibility and win. In addition, Ukrainians have extraordinary experience in conducting an asymmetric war – with not enough resources, they are able to find new variations for effective resistance. This is all thanks to new experience and a unique type of leadership which has been formed recently.

Ukraine today is not afraid of Russia, and there is fantastic potential for viability. We recall that both the democratic world and also global business can learn much from Ukrainians, for today’s conditions induce us to form new ways of managing people and to lead in difficult and changing circumstances.

Andriy Rozhdestvenskyi, head of the UCU Center for Leadership, teacher at the UCU Business School

Serhiy Sobko, Colonel of the Armed Forces of Ukraine, Commander of the 128th Separate Mountain Infantry Brigade, Hero of Ukraine